A Russian warship under construction at a shipyard in St. Petersburg caught fire Friday, leaving at least three workers injured. 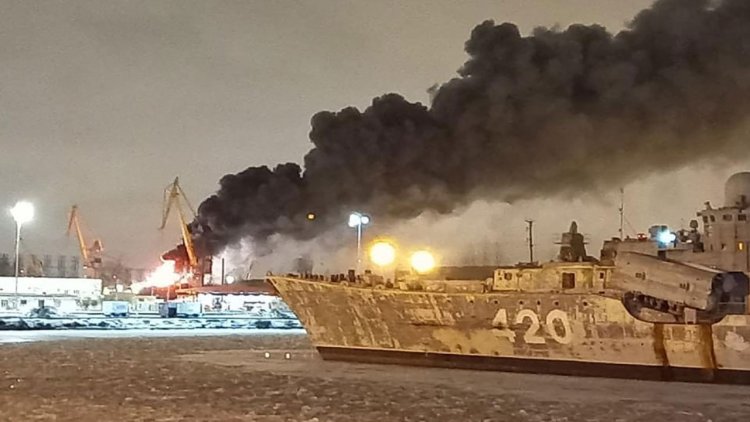 The Provorny (Agile) corvette being built at the Severnaya Verf (Northern Shipyard) was completely engulfed by flames, and nearly 170 firefighters were taking part in efforts to extinguish the blaze that sent massive plumes of smoke over St. Petersburg.

Officially, it was reported that “the fire spread to over 800 square meters and affected almost the entire ship.” The fire was finally brought under control after 23:00 on December 17, 2021.

Local authorities said three workers were injured, with two of them requiring hospitalization.

The causes of the fire are unknown. The matter is strange because when the fire broke out, no more serious shipbuilding work was carried out inside the ship. An official panel has been created to investigate the cause of the fire.

The corvette is the latest in a series of such ships built at the shipyard. "Agile" was laid down in the summer of 2013, and launched in the fall of 2019.  It was set to be commissioned by the navy late next year.

As reported by sparkchronicles.com, the loss for the Russian Navy is huge because the “Prowornyj” was to be the second Griemjashchi-type corvette to enter the Pacific Fleet. Some of the crew, separated from the 114th Marine Protection Brigade, were already in St. Petersburg and were preparing to operate its systems. facilitated by the fact that on December 29, 2020, the first corvette of project 20385 – “Girmiaszczyj” was transferred to the Pacific Fleet. So seamen and officers could easily undergo internships on the equipment they were to use in the future.

Minoborona’s plans assumed the introduction of six such ships in the Far East, but work on the remaining four corvettes, carried out from the Amur shipbuilding plants, is proceeding with great difficulties. Therefore, instead of the next Griemiaszczyj ships, the corvettes of the older, but also cheaper project 20380 of the Strieguszczyj type are also transferred to the Pacific Fleet. The third such unit, “Hero of the Russian Federation, Aldar Tsydenzapov”, was commissioned in Vladivostok in December 2020. 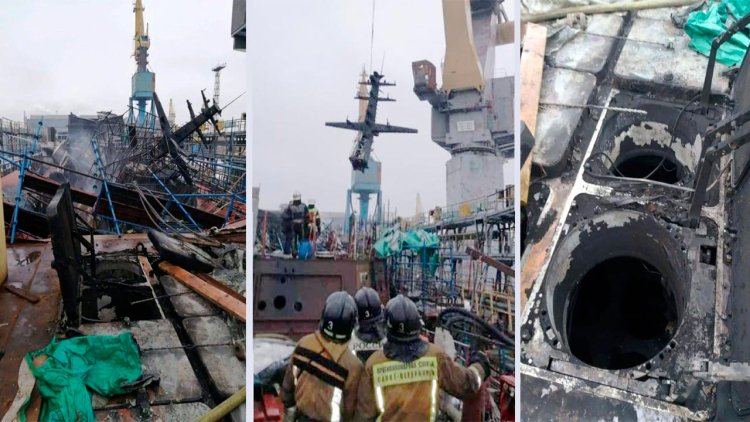 This is mainly due to the sanctions imposed on Russia for the annexation of Crimea, which meant that there was no longer any access to Western equipment – including German elements of the gym. However, it is also about construction costs, which increased drastically after the decision to install the mini AEGIS system on these relatively small vessels (with a displacement of 2,500 tons, a length of 104 m and a width of 13 m). The “Riedut” anti-aircraft system is to be responsible for protecting the Griemiaszczyj-type corvettes against air attack. Its initial source of information is the “Poliment” radar station with a rotating longwall antenna placed in the upper part of the mast under a spherical cover made of composites. According to the Russians, this system is to allow fighting up to 16 targets simultaneously, with a detection range of up to 400 km.

The ship was additionally equipped with the “Curtain” radar complex, which uses several stationary longwall antennas arranged in the structure of the mast base. This ensures omnidirectional observation and the possibility of more frequent renewal of situational information compared to rotating antennas. The system enables the detection of standard aircraft up to a distance of 300 km and airplanes. made in stealth technology within a range of 75 km.

The project 20385 corvettes were to be prepared not only to counter air and surface targets, but also to attack land targets (that is why they were equipped with vertical launch launchers for “Kalibr-NK” maneuvering missiles and “Cirkon” hypersonic missiles and a 100 mm caliber cannon. ) and anti-submarine warfare (thanks to the “Package” complex and space on board for one helicopter).