Dutch and Belgian coastguard helicopters rescued 18 crewmembers from a sinking cargo ship off the Dutch coast on Monday. 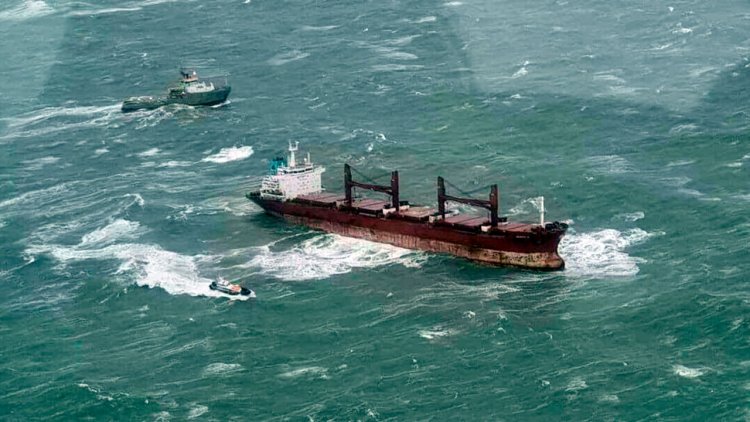 Julietta D, a Maltese-flagged bulk cargo ship, collided with Pechora Star, a Maltese chemical tanker in the anchor bay at IJmuiden, the entryway to the North Sea Canal leading to Amsterdam. By Tuesday morning, the Dutch Coast Guard reported that a pair of Belgian tugs had joined the effort to tow the damaged Juletta D to Rotterdam.

The collision occurred after Julietta D’s anchor failed as storm Corrie whipped up the North Sea. Pechora Star was reported stable and not taking on water, but Julietta D started sinking, causing the rush to rescue the crew.

By 13:30, rescue helicopters – two from the Netherlands and one from Belgium – airlifted all Julietta D crewmembers off the ship.

Julietta D, which had already unloaded its cargo, was then reported rudderless and adrift in Hollandse Kust Zuid wind farm, about 24 km off the Dutch coast, the coastguard reported. It then struck the foundation of a wind turbine yet to be built as the tugs were en route to the ship.

Crimson Polaris grounded and split in two off Japanese...