Jan De Nul Group has released their latest blog which tells the story about the construction of energy islands in the North Sea. 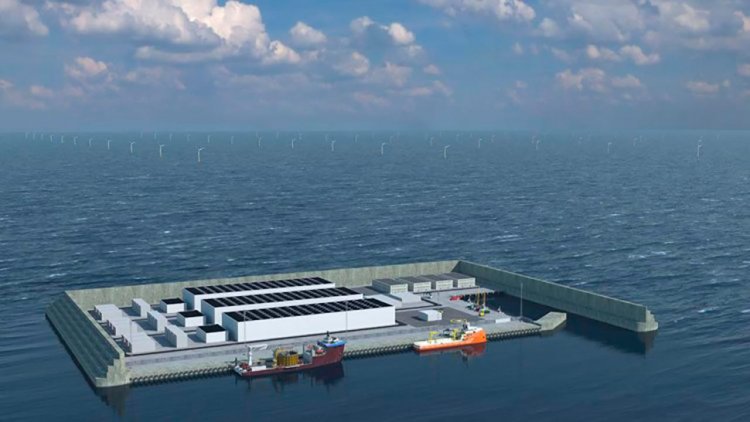 "The North Sea plays a pioneering role in our journey towards a climate-neutral society. Nowhere in the world, more offshore wind turbines will be installed in the coming years. And nowhere more consortia and plans are being proposed for undersea connections between gas and electricity networks, hydrogen production and CO2 storage. With few options left in our overcrowded coastal regions, artificial islands are back.

Building islands has just that little bit more appeal than the ports and canals we build all over the world. Even if the technical challenges are not greater, the engineer’s mind is extra stimulated. Connecting your name to an iconic project that everyone recognises probably plays a part. And the iconoclasts, who don't think it's all that great, are rarely absent.

Jan De Nul has been building islands in the Seychelles, Hong Kong, Singapore and Dubai since the 1980s. That new created land gave way to urban expansions, airports, port terminals and industrial estates. The motivation was always the same: population growth in coastal regions puts pressure on every form of housing and infrastructure development. Consequently, land prices rise above the cost price of land reclaimed from the sea.

After the 2008 banking crisis and the collapse in demand for exclusive residences, island construction seemed to be on its way back. With the development of offshore wind farms in the North Sea, a new phase for real estate at sea in which the economic aspect again plays an important role, seems to have started. Green electrons are transported over long distances less expensively with direct current than with alternating current. Direct current also makes it easier to connect different grids because there are no longer any phase differences. Until now, these inverters have been installed on platforms, but for capacities of several gigawatts this becomes difficult.

Compensating for varying wind energy, the so-called grid-stabilizing services, is also a possible driver: transformation and storage of renewable energy in the form of potential, kinetic or chemical energy also requires space. In addition, the long-distance transport of green molecules is cheaper than that of green electrons. 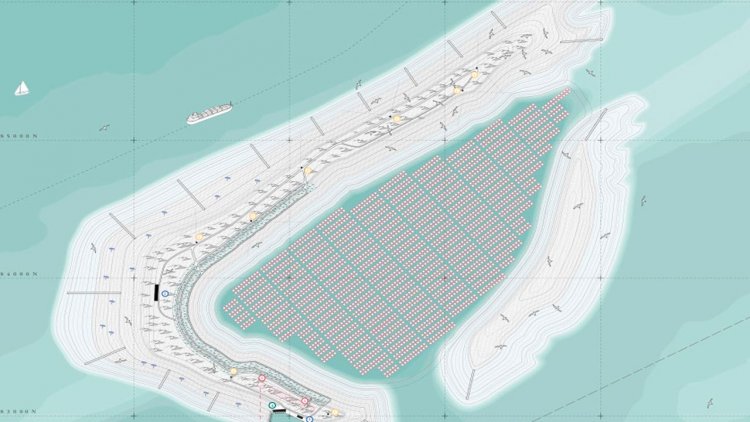 Form follows function and therefore energy islands will most likely not take on an iconic form, there will be no beaches, hotels or other functions. Instead, there will be facilities for cable connections, transformers and a sheltered berth.

The idea of ​​building islands in the North Sea is not new. In the late 1960s, for example, islands were already being designed for oil terminals, waste and nuclear power plants. Projects that were rejected one by one in 1976 by the Commission of Wise Men. But that hasn't stopped us from designing dozens of islands for Belgium and the rest of the world.

We achieved the best results for our efforts with the Alpha Island. This island was intended to be a power socket at sea that would allow wind farms to connect to the Belgian high-voltage grid. After the tender procedure by Elia in 2014, we had a concept design, a price, a time schedule and a temporary association ready to start construction. We swallowed the loss of invested time and money, but the missed opportunity to realise a pioneering project in Belgium still lingers.

At the moment, things are looking good again. The Netherlands, Denmark and Belgium are all preparing energy islands, each for their own reasons. The Netherlands wants to give gas infrastructure a second life by linking offshore wind to hydrogen production and transport. Denmark owns a vast and windy part of the North Sea and will soon have a surplus of green energy that can be used by other countries. Belgium will have filled up its small part of the North Sea within a few years and will have to rely on green energy from neighbouring countries. It is not yet clear who will be the first to jump, but we are secretly hoping for the scoop."