The video shows the two vessels slowly advancing toward each other before colliding. 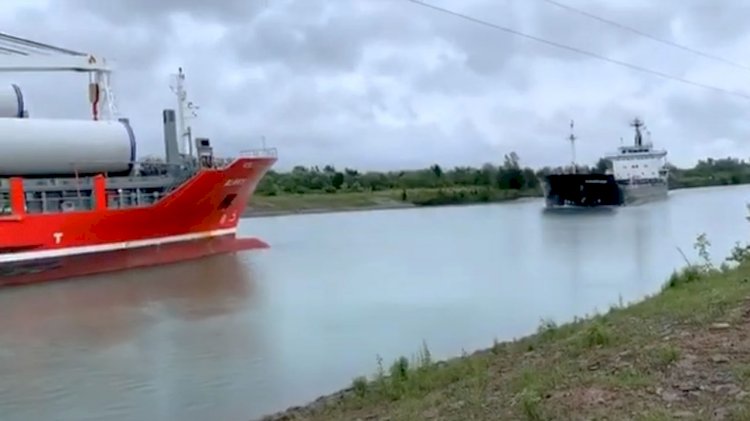 Prior to the collision, both vessels appeared to be travelling in opposite directions on the same side of the canal, a key shipping route that connects Lake Erie and Lake Ontario.

The ships collided while proceeding in opposite directions, ALANIS en route from Toledo Ohio, Lake Erie, with cargo of wind turbines, FLORENCE SPIRIT en route from Montreal to probably, Colborne. Both ships were damaged in fore area, extent of damages unknown.

Ørsted and Van Oord installed all array cables of the Borssele I & II offshore wind...