The giant ship came to help out in dealing with the high volumes of cargo that arrive for transhipment at the terminal at Mercatordok in Ghent. 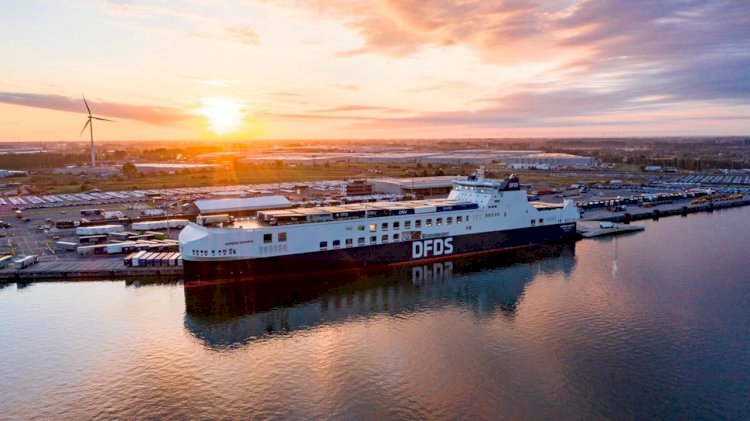 The 'Humbria Seaways' called at North Sea Port, Thursday 10 September. It was the first time that the newest ship in the DFDS fleet had visited the port.
The service between Gothenburg in Sweden and North Sea Port is one of the most important on the North Sea for DFDS.

Conversely, DFDS is a top customer for North Sea Port. With five calls per week, the Danish shipping and logistics group is one of the port's most frequent users. The shipping company's blue and white ships have been a familiar sight on the Western Scheldt, in the lock at Terneuzen, on the Ghent-Terneuzen Canal and at Mercatordok for decades now.

DFDS is particularly busy at the moment at the terminal at Mercatordok in Ghent.

"We always have a lot of cargo ready for shipment and we receive large volumes from Sweden. So when a bigger ship calls, it always comes in handy."

“In these times of the coronavirus, it's good to see the recovery continuing for such a large customer."

The 'Humbria Seaways' was briefly available to ship some extra cargo. The ship has just come out of dry dock and made a quick crossing from Gothenburg to Ghent and back before switching to another one of the shipping company’s routes.

The 'Humbria Seaways' has only been in service for a few months. The ship is one of the newest MegaRoRos built for DFDS in China. RoRo stands for roll-on/roll-off. A RoRo ship is one especially built to accommodate wheeled cargo (such as vehicles, trailers and goods placed on a special chassis). The various decks are connected via ramps to the wide loading ramp at the stern of the ship.

The ships in this new series are 237 metres long and 33 metres wide. Definitely not on the small side, in other words. But they are especially notable for their unusually large cargo capacity: they can carry up to 6,700 line metres of cargo. In other words: if you put all that cargo in a row, the traffic jam would stretch for 6.7 kilometres. This puts them among the largest ships of their type.

In designing its new range of ships, DFDS took into account the possibility that the vessels might serve North Sea Port. The Ghent terminal also underwent various modifications in order to be able to receive these larger ships.

The shipping company had already been using the 'Hollandia Seaways', a sister ship of the 'Humbria', on the route from Ghent to Gothenburg for some time. Other ships are currently providing this service, but a return of the larger vessels is not out of the question. 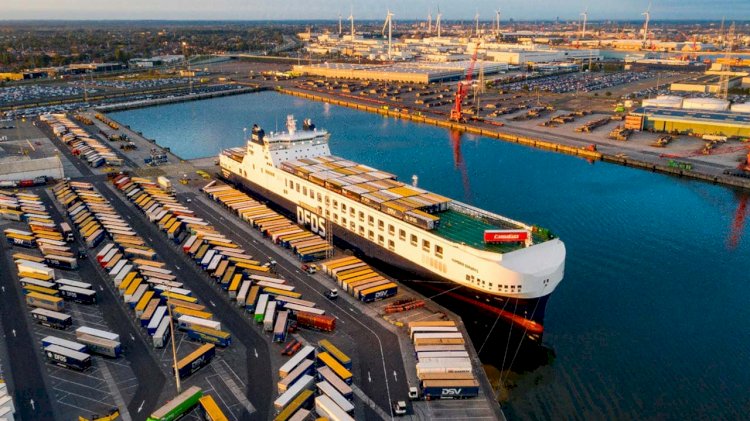 Ørsted to use BareFLEET system to track CTV ops

Reygar Ltd signs long-term framework agreement with Ørsted for provision of the...

Acting on industry feedback, RightShip will transition to a new Safety Score that...

This will help employees to observe the strict precautions laid down by the World...