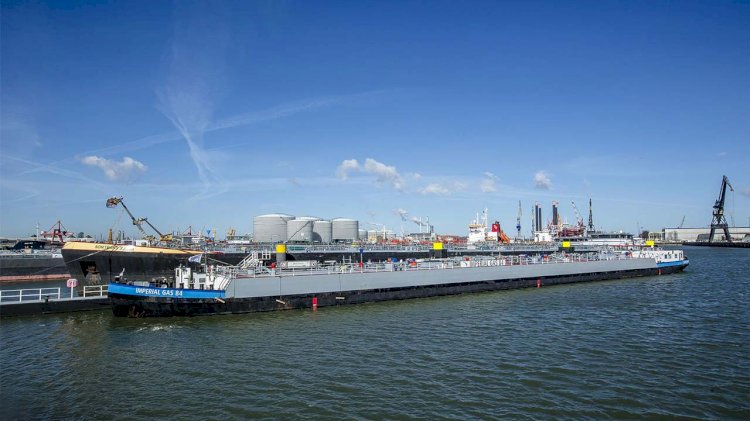 Seventeen parties have taken the first step towards a climate-neutral transport corridor between Rotterdam and Genoa.

Organisations and companies have signed a declaration of intent in Arnhem to ensure that, in the future, water, road and rail transport via the so-called Rhine-Alps corridor will run on hydrogen. The Port of Rotterdam Authority is also taking part in this initiative, which is known as RH₂INE (Rhine Hydrogen Integration Network of Excellence).

Freight on the transport line between the Netherlands, Germany, Switzerland and final destination Italy is currently almost exclusively carried on fossil fuel-based transport. The Province of South Holland, the Ministry of Infrastructure and Water Management and the German State of North Rhine-Westphalia took the initiative to establish the first zero emission route.

It is not an easy ambition to achieve. Many things are needed to create a stable market environment for a hydrogen corridor, including good infrastructure with bunker locations and filling stations for an effective balance of supply and demand - and that is aside from the need to convert vessels and trucks. Substantial developments are also required with respect to safety and regulations. This will be the Port of Rotterdam Authority’s specific contribution in the initiative RH₂INE (Rhine Hydrogen Integration Network of Excellence).

Stijn van Els, who represented the energy transition team in Arnhem, signed the declaration on behalf of the Port Authority. Van Els stated:

‘This is an important signal from government agencies, port organisations and companies for participants to get involved. The parties are really ambitious to make this crucial transport corridor sustainable. The strength lies in international cooperation. This will enable us to achieve real progress.’

RH2INE will initially focus on realising production locations for hydrogen along the Rhine between Rotterdam and Cologne. This will enable the first ten to fifteen inland tankers to run on hydrogen in the coming years.
The initiators would like to see an increase in participant numbers as this would give the broadest possible impetus to the development of the climate-neutral transport corridor. RH₂INE will therefore be an open platform, as this will enable various hydrogen chain parties to join.

IACS Council reaffirms its commitment to meet the challenges posed by new technologies...