The trawler carries 130 tonnes of fuel oil and five tonnes of lubricants, according to the authorities. 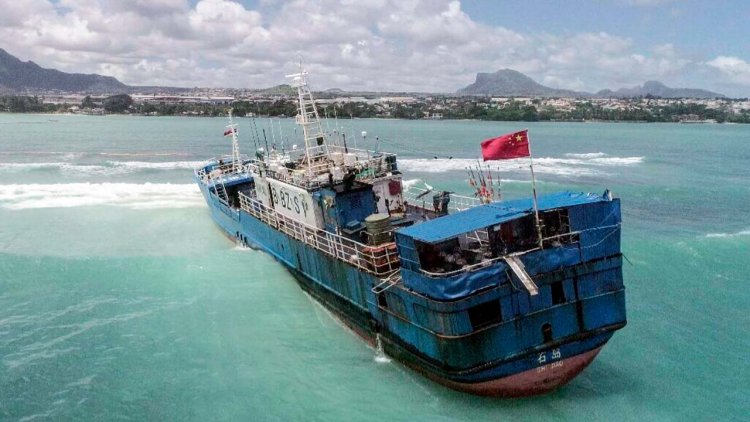 Mauritius deployed its coastguard and armed forces on Monday after a Chinese-flagged trawler containing 130 tonnes of oil ran aground off the Indian Ocean archipelago nation.

It is the second shipwreck in less than a year off Mauritius, after a tanker struck a reef in July and leaked 1,000 tonnes of fuel in the country's worst environmental disaster.

The captain of the Lurong Yuan Yu issued distress calls late Sunday afternoon and sent up flares after becoming stranded off Pointe-aux-Sables, in the northwest of the main island not far from the capital Port Louis.

Fisheries Minister Sudheer Maudhoo on Monday said divers had found "no leak, no breach" in the hull of the ship and that efforts would be made to safely remove the fuel from the hold.

"The pumping operation will start tomorrow, and will last four to five days. The authorities will also try to refloat the fishing vessel."

The trawler carries 130 tonnes of fuel oil and five tonnes of lubricants, according to the authorities.

Traces of oil earlier spotted around the vessel were not "heavy oil" but possibly lubricants, he said. Local residents had also told AFP they saw fuel lapping at the shore.

Floating containment lines have been deployed as a precaution while the coastguard and soldiers have been mobilised.

Maudhoo said an investigation had been launched into the cause of the accident and police had been aboard the stricken vessel and seized documents.