The terminal crane immediately collapsed and partly ended up on the ship. 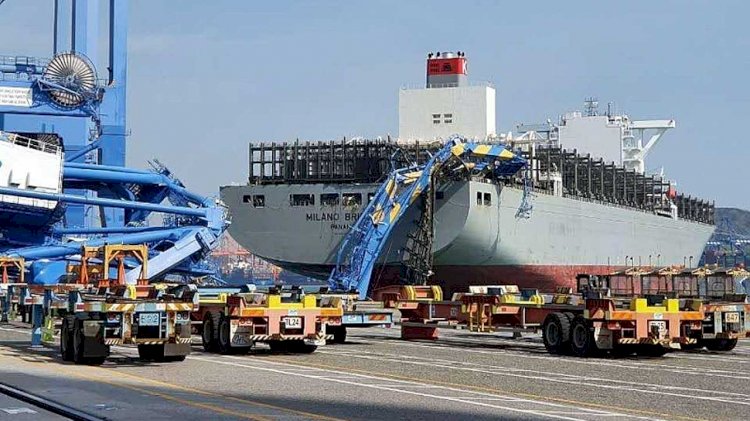 The 13,870TEU container ship Milano Bridge has collided with a gantry crane at Busan Port, South Korea, which caused the collapse of the crane.

The terminal crane immediately collapsed and partly ended up on the ship. The incident happened Monday afternoon local time. As shown in the video, the ship was not loaded.

According to the maritime incident website Maritime Bulletin, it first sailed against another ship, the 'Seaspan Ganges'. Immediately afterwards, the 'Milano Bridge' came into heavy contact with three cranes of container terminal Busan New Port. One of the three cranes collapsed. As far as is known, one incident was injured in the incident.

Milano Bridge suffered considerable damage, as part of the crane ended up on the deck. Reportedly, the Seaspan ship was hardly damaged, if at all, and was able to continue its journey.

The vessel is understood to have just left drydock for repairs following a collision with another vessel some months ago.