The said system provides real-time imaging of currents, waves and water levels, as well as monitors their changes in the port water area. 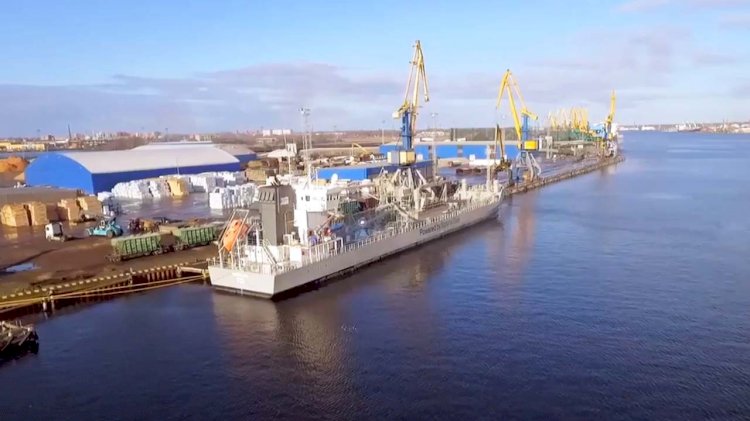 Forecasting is possible due to invisible part of the system – specific software is responsible for non-stop data collection and mathematical modeling of hydrodynamic processes.

The Freeport of Riga is the first and so far the only port where the new system is operational, since April it has been available to everyone on the web platform - water.lv/HywasPort/RigasOsta.

The Vessel Traffic Service Center of the Freeport of Riga, which has to take various decisions related to maritime safety and the port operation efficiency on a daily basis, considers the hydrodynamic model to be useful.

"The information provided by the system facilitates timely assessment of wind, wave, current and water levels, as well as helps to forecast their changes in a short time. Thus, in addition to the existing current and wind direction sensors mounted at the port, we have another real-time data collection tool that helps to plan the work of the port, as well as in some situations it might foster the decision-making process.”

CARB to further curb exhaust emissions from ships in Californian...

Port of Rotterdam plans to reinforce its power grid