The system has now been deployed successfully under a number of surveys at sites in Finnmark, Troms and Nordland. 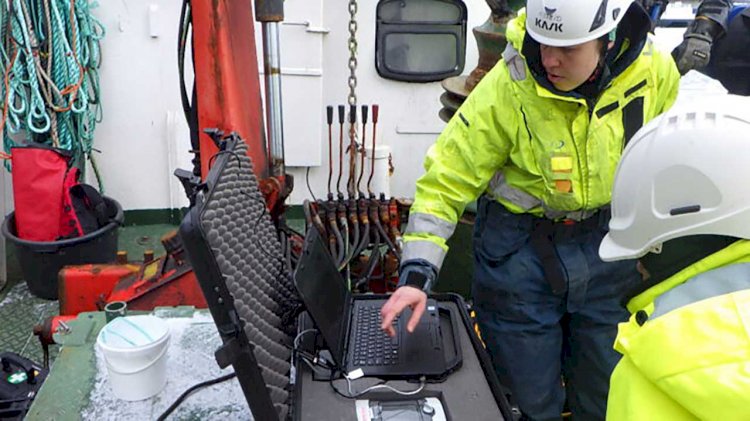 Aquaculture production in open net-pens generates and releases particulate organic matter in form of excess feed and fish faeces. These organic particles sink to the seabed, where they effect physical and chemical parameters of the substrate. This, in turn has long or short term indirect and direct effects on faunal communities in the area.

Enrichment impacts on soft sediment and associated fauna are well studied and standardised monitoring procedures for the aquaculture industry have been implemented in Norway since the mid 90’s. Nowadays however, an increasing number of aquaculture sites are located over hard- and mixed bottom habitats, which are dominated by epifauna, i.e. species living on the surface of the substrate. Little is known about the distribution of these habitats, their associated species communities and, most importantly, their tolerance towards particulate organic matter originating from fish farms. In addition, current monitoring methods are not suitable for hard- and mixed bottom habitats.

The Institute of Marine Research thus developed an alternative survey method, which can be applied at hard- and mixed bottom sites and is seen complementary to current standard monitoring methods. The new guideline, “Veileder ved alternative overvåkning av hard- og blandingsbunn ved marine akvakulturanlegg“, was released early 2019. The focus in these guidelines is on the documentation of the seabed, i.e. substrate type, epifauna & coverage by organic material, via video and pictures. Following the technical requirements outlined in the guidelines Akvaplan-niva has, in close collaboration with Novamar, constructed and built a camera rig, which is easy to use and deployable from nearly every type of vessel. 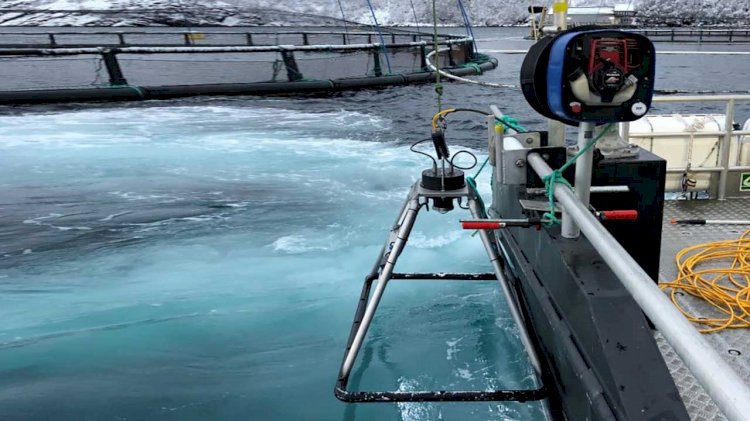 The centrepiece of the rig has a HD camera with a wide-angle lens, which is calibrated to capture the 1 m2 rectangle frame at the base of the rig. Further, we mounted two LED light bars with adjustable light intensity on each side of the frame. This guarantees a best possible illumination of the field of view and thus excellent video and picture quality in varied visibility in the water. A pressure sensor provides us information on depth under deployment. The system is remotely controlled via a robust 250 meter long ROV cable.

This cable is also used to lower and lift the rig. A software, specifically developed for the needs of Akvaplan-niva, is installed on a computer placed on deck. This allows to capture video and picture simultaneously and to control light intensity when needed. The most important survey information, i.e. depth, GPS position, time and date, is given in a header, which automatically overlays all video and pictures.

The system has now been deployed successfully under a number of surveys at sites in Finnmark, Troms and Nordland.