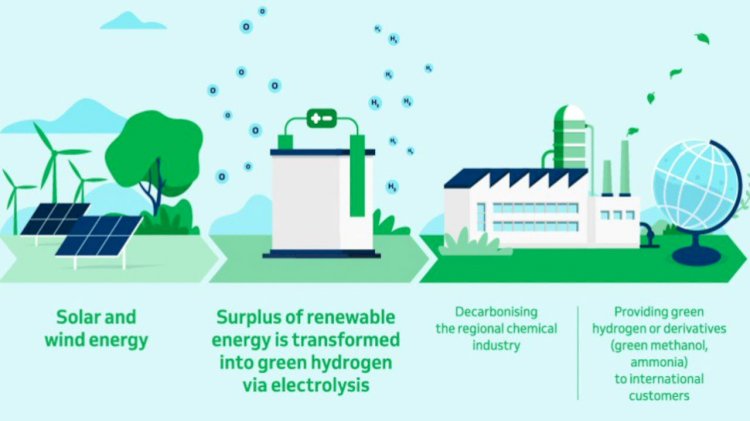 The facility will significantly contribute to the decarbonisation of the regional chemical industry in Oman, as well as providing green hydrogen and/or derivatives (such as green methanol or ammonia) to international customers in Europe, for example in the Port of Antwerp. The envisaged electrolyser capacity for a first phase is estimated between 250 and 500 MW. Following this first phase, upscaling of the installation is foreseen. The advantage of the location in Duqm is the availability of cheap renewable energy (solar and wind), as well as large, accessible sites (on- and offshore).

Together with Port of Antwerp International, DEME Concessions is already active in Duqm through a participation in the Port of Duqm Company SAOC.

If hydrogen (H2) is produced with electricity by means of electrolysis, no CO2 is released in the process. However, the hydrogen produced can only be called “green” if renewable electricity is used in the process. The potential role of green hydrogen in the energy transition is threefold: Green H2 can act as an alternative and decarbonised feedstock for the petrochemical industry, as a clean energy source for the industry and the mobility sector, and as an energy carrier and temporary storage for (excess) green electricity.

The feasibility phase will be followed by the detailed design and engineering, further project development and finalisation of offtake routes and financing. A Final Investment Decision for the commercial scale demonstration project is expected during 2021.