Waves Group supported the Turks and Caicos Island Government in the Successful Removal of the “Mega One Triton” Shipwreck from Governors Beach, Grand Turk. 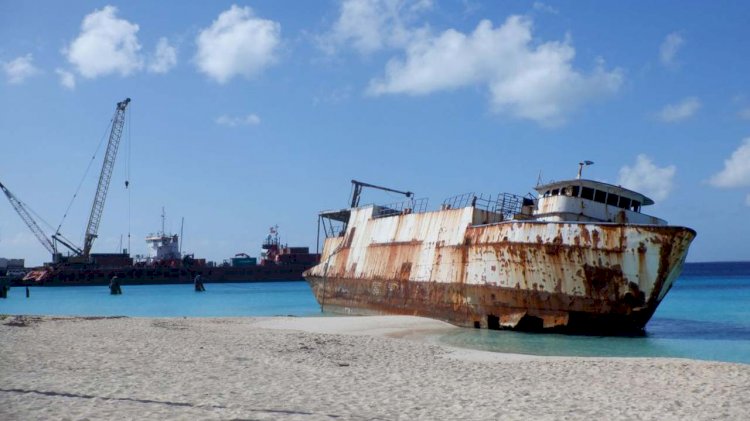 Waves Group has announced the successful removal of the wreck of the “Mega One Triton” from Governor’s beach on Grand Turk in the Turks and Caicos Islands. The project to remove the wreck was completed on schedule and within budget in March 2020.

The vessel went aground during the passing of hurricane Sandy in 2012 and had become an unfortunate attraction for visitors to the beach. However, since then, its deteriorating condition posed an increasing risk to the sensitive marine environment and the safety of the hundreds of visitors to this pristine tropical beach.

The “Mega One Triton”, which was built in 1972 and operated under a variety of former names, started service as an offshore supply vessel serving the oil industry in the Gulf of Mexico. Following this, it was sold to a retired Captain and continued operating on inter-Caribbean trade routes, delivering building materials and supplies from the Dominican Republic for over 20 years until it went aground on Governor’s beach. 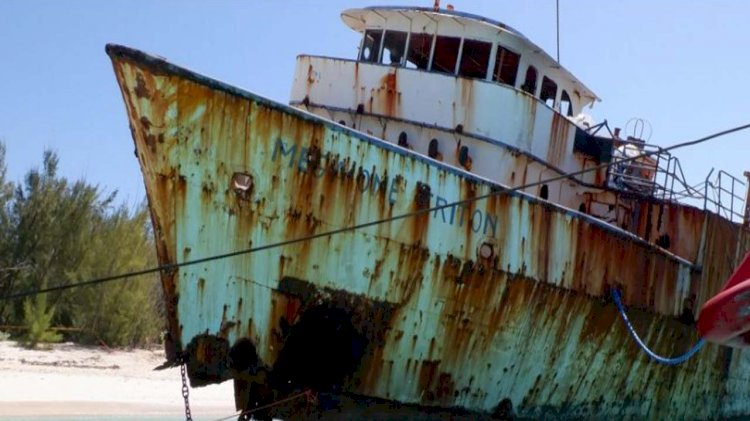 Waves Group were appointed as Client Representative and technical advisers to the Turks and Caicos Islands government in 2017 to oversee and manage the project for the wreck removal, including the initial survey and assessment of the wreck, as there were no available plans or drawing at that time.

Waves Group also undertook a follow up condition assessment in late 2019, prior to the project going out to competitive tender and were responsible for supporting the tender processes to appoint a removal contractor and overseeing the safe removal of the wreck.

The Turks and Caicos Islands government were very concerned about the environmental risk of pollution and damage to the sensitive marine environment of Governor’s beach – one of the most highly rated beach in the Caribbean, should the wreck remain in place beyond the 2020 hurricane season, which may have resulted in further deterioration of the wreck and an increased risk of significant environmental damage.

The scope of work involved the complete removal of the wreck (and all pollutants remaining on board) from the beach and the restoration of the beach to its natural state prior to the wreck grounding. Once removed from the beach, the waste materials were disposed of at an approved site and the majority of scrap material was to be recycled at an approved recycling facility on another Caribbean Island. 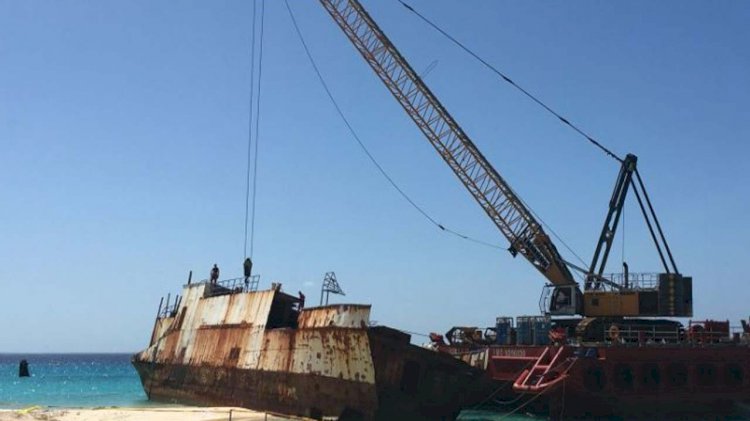 The project started in 2017 but was dormant for about two years following significant damage to the Island’s infrastructure caused by Hurricane Irma in late 2017. With support from a major cruise line, the project was delivered for a significantly reduced budget, which was critical in supporting the islands redevelopment after the hurricane.

Following the tender process in late 2019, which attracted a large number of tenders from both local and international contractors, Koole Contractors were appointed as contractor to complete the removal of the “Mega One Triton” from the beach. The method employed involved cutting up the wreck into large sections and removing it from the beach by crane onto a barge which could then take the scrap directly to the recycling facility.

Operations to remove the wreck commenced on 17th February this year and were completed on 11th March to the complete satisfaction and approval of the Turks and Caicos Islands government, who are delighted that the beach has been returned to its previous pristine condition. Governor’s Beach is noted as the best in the region for snorkeling and dive excursion activities, hence any form of pollution would have had serious environmental and economic impacts and increased the project cost for the Government. We are delighted to have played a significant part in restoring the beach to its former glory for the enjoyment of the local community and the many visitors to the islands alike.

ADNOC announces addition of new chinese partner following a transfer of stakes in...

Subsea 7 has announced an agreement with Petrobras to extend by one year the current...

New research finds that no ports in the world have installed cold ironing (shore...