Ukraine has accused Russia of blocking its access to the sea as Russia prepares for naval exercises next week amid spiralling tension in the region. 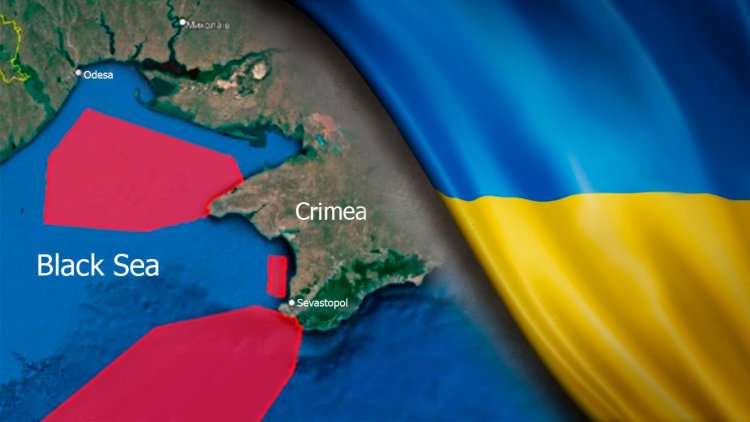 Russia has repeatedly denied any plans to invade Ukraine despite massing more than 100,000 troops at the border.

But it has just begun massive military drills with neighbouring Belarus.

Belarus is a close ally of Russia and has a long border with Ukraine.

France called the drills - believed to be Russia's biggest deployment to Belarus since the Cold War - a "violent gesture". Ukraine says they amount to "psychological pressure".

The US on Thursday urged Americans in Ukraine to leave immediately due to the "increased threats of Russian military action".

Russia's naval exercises will take place next week in the two seas to the south of Ukraine, the Black Sea and the Sea of Azov. Russia has issued coastal warnings citing missile and gunnery firing exercises. 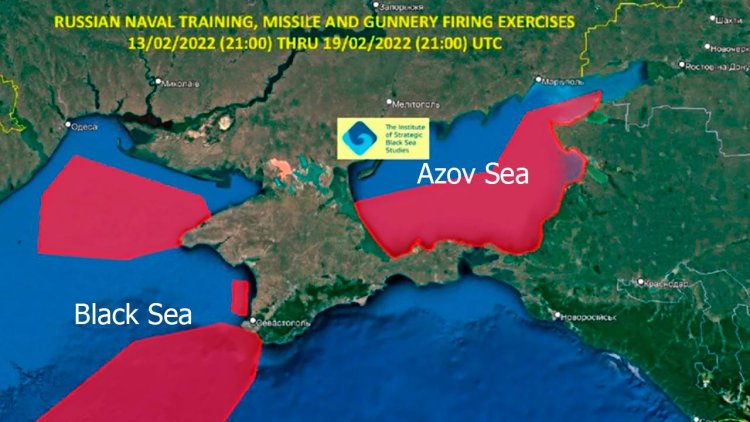 Image: The map of the territories of the Azov and Black Seas, crossed by the Russian military

Ukraine's foreign ministry said the "unprecedentedly vast area where the manoeuvres will be conducted makes navigation in both seas practically impossible", and Defence Minister Oleksiy Reznikov tweeted that the international waters of the two seas had been blocked by Russia.

Meanwhile, the US embassy in Ukraine, tweeted that that "under the pretext of military exercises, Russia restricts Ukraine's maritime sovereignty, limits freedom of navigation in the Black Sea/Sea of Azov, & impedes maritime traffic essential to Ukraine's economy".

Tensions have been high between Russia and Ukraine in the Black Sea and Sea of Azov regions since Russia annexed Crimea in 2014. In 2018, Russia seized three Ukrainian naval vessels.

The naval exercises off Ukraine's southern flank are in addition to the 10 days of military exercises currently underway in Belarus, to the north of Ukraine.

Russia has also amassed tanks, artillery and tens of thousands of troops close to its own border with Ukraine, but denies planning to invade. The US and other Western countries have warned that an attack could come at any time.

Russia blocks almost 70% of the Sea of ​​Azov and hinders...