A blaze on the surface of the Gulf of Mexico resembling a large "eye of fire" has been brought under control, according to Mexico's state oil company Pemex. 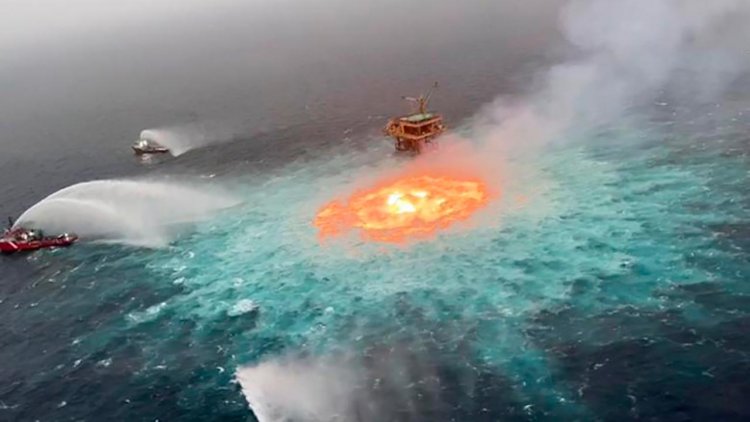 Orange flames resembling molten lava were pictured on social media and dubbed an "eye of fire" on social media because of the blaze's circular shape, as it raged a short distance from a Pemex oil platform.

In a statement, Pemex said the fire, blamed on a gas leak from an underwater pipeline, happened on July 2, at 5:15 a.m. local time off the coast of Campeche. The fire, which was close to an oil platform, was put out by 10:45 a.m. local time, and no injuries or evacuations of the facility have been reported. Pemex said an investigation has been launched into the incident.

Angel Carrizales, head of Mexico's oil safety regulator ASEA, wrote on Twitter that the incident "did not generate any spill," according to Reuters news agency, but did not explain what was burning on the water's surface.

Pemex, which has a long record of major industrial accidents at its facilities, said it would investigate the cause of the fire and said it shut the valves of the 12-inch-diameter pipeline, Reuters added.

VIDEO: Chemical cargo ship sinks in one of Sri Lanka's...