This year’s exploration campaign in the Barents Sea will be spectacular. 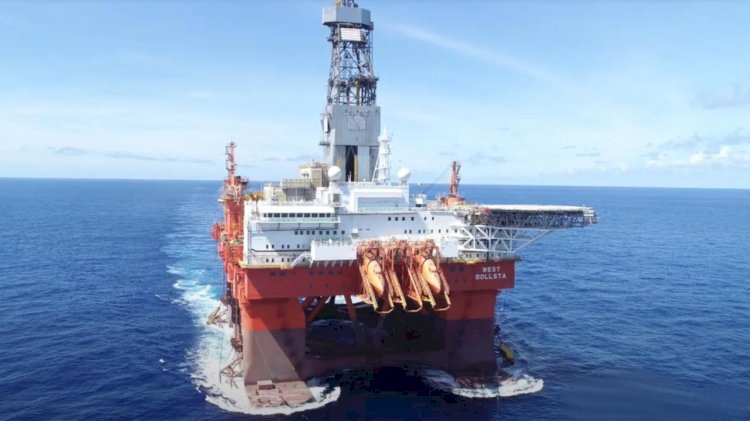 The world’s largest floating rig will drill the wells, assisted by the world’s most powerful anchor handling vessel. Both rig and boat are brand spanking new.

Later this year the West Bollsta drilling rig will set course for the Barents Sea where she will drill exploration wells for Lundin. This is the world’s largest semi-submersible drilling rig, and also one of the most advanced. The rig is winterised to be able to operate in the Barents Sea all year around. She can also drill at ultra-deep water. That means water depths of 1500 metres and deeper.

It’s hard to understand just how big West Bollsta is, just from pictures. But picture this – if we placed her on the roof of the Norwegian King’s Royal Castle in Oslo, she would stick out in all directions. Fully loaded and semi-submerged, her total weight is more than 71,000 tonnes. No comparable rig in the world is larger.

The drilling campaign for Lundin is the rig’s first assignment. Right now, she is at Hanøytangen outside Bergen undergoing final preparations.

Anchor handling vessel Island Victory has already been in the Barents Sea, laying anchors and chains for West Bollsta in preparation for the drilling operation. And if you think the rig is big, well, the boat is not exactly small either.

Norwegian-built Island Victory is the world’s most powerful anchor handling vessel with a bollard pull of 477 tonnes. The capacity of this vessel also makes the operation very efficient. Normally, this operation would have required three trips back and forth between Western Norway and the Barents Sea.

Never before has such a large volume of anchor chain been transported on the same keel. 25 kilometres, in fact; enough for both exploration wells at the top of the agenda. Considering that one metre of chain weighs 155 kg, the total weight is enormous. The chain cargo weighed all of 388 tonnes, or the equivalent of 300 VW Golf vehicles.

The Island Victory also brought along a so-called CAN-ductor on deck, weighing 120 tonnes. This is a cylindrical anchor which also forms the first part of the actual well and makes the drilling operation more efficient.

Maritime cybersecurity faces a new threat due to Coronavirus

Following a competitive tender process, LR has secured a 55-month contract to perform...