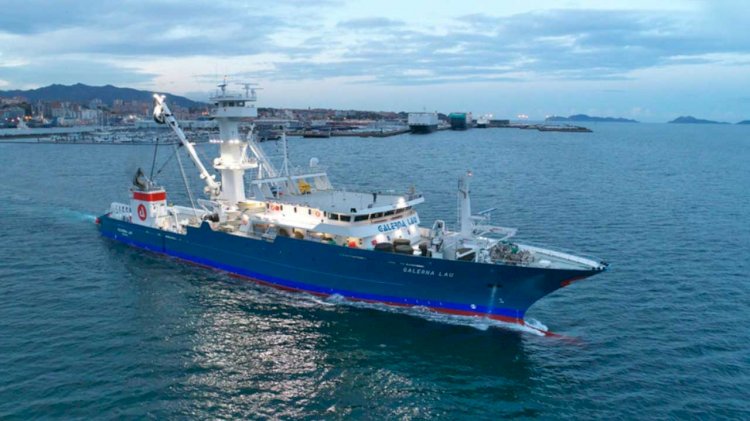 The Spanish Albacora Group, which operates the largest tuna fishing fleet in the European Union, recently commissioned a new fishing vessel. Built at Vigo-based shipyard Astilleros Armón, "Galerna Lau" is equipped with a state-of-the-art propulsion system from the German propulsion expert SCHOTTEL and will be used to catch tuna in the Atlantic Ocean. It has been designed by Armón / Cintranaval.

The propulsion system of the tuna vessel comprises one SCHOTTEL Controllable Pitch Propeller type SCP 109 4-X, featuring an input power of 6,000 kW as well as a propeller diameter of 4.0 m. It reaches a maximum speed of 20 knots.

Due to the adjustable propeller blade pitch, SCPs are suited for a wide range of operations, such as manoeuvring, berthing, and casting or hauling nets. This means the operator not only benefits from a high degree of efficiency, but also lower operating costs and reduced fuel consumption as a result. Furthermore, the controllable pitch propellers have an impressively long service life due to low maintenance requirements.

The "Galerna Lau", with a total length of 95.1 m and a width of 14.8 m, is considered to be the largest vessel built for Albacora in recent years. With its 3,700 gross tonnage, the vessel is the third ultra-freezing project that Astilleros Armón has constructed for the Spanish owner. Albacora, which catches skipjack, yellowfin and bigeye tuna, operates a fleet of 19 purse seiners used to fish in the Atlantic, Indian and Pacific Oceans.

The first steel plates was cut in the traditional steel cutting ceremony on 16 September...

On September 16, a naming ceremony was held at the Sakaide Works of Kawasaki Heavy...