MBARI’s remotely operated vehicles (ROVs) have helped shed new light on the mysteries of the deep. 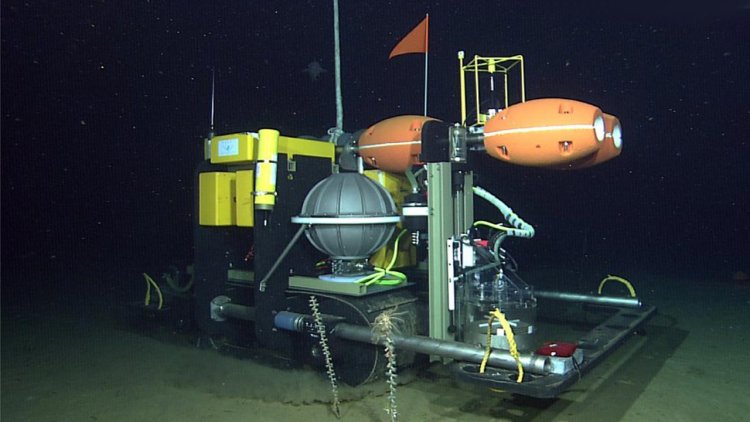 During one of MBARI’s expeditions to Mexico’s Gulf of California, researchers observed what looked like small pom-poms lying on the seafloor. These mystery masses turned out to be a spectacular type of spaghetti worm: Biremis.

This shaggy species was previously known solely from the Bahamas. Upon further examination and DNA testing by the expert collaborators at Scripps Institution of Oceanography, scientists realized we had encountered a new species of Biremis.

Biremis has no eyes, no gills, and lacks obvious chaetae, or bristles, along its body segments. It is also unusual because its tentacles are inflated, giving it the pom-pom appearance that caught the researchers’ attention. The Gulf of California species is deep-dwelling, with the majority of our observations deeper than 2,000 meters (6,600 feet). It remains undescribed, but the team is hoping to formally publish a detailed description in the scientific literature after we know more about its appearance, genetics, and natural history.

Spaghetti worms are a type of polychaete worm grouped in the family Terebellidae. Scientists have described about 400 different species of terebellids, which are found worldwide. They’re relatively common and characteristically have numerous grooved tentacles for feeding. Like other terebellids, Biremis lives on the ocean bottom, but while most live in a tube or burrow, this species has been observed resting on the seafloor or swimming just above it. Swimming freely allows the worm to easily move around and find new places to feed. Biremis uses its bountiful bundle of non-retractile tentacles to harvest particles of marine snow that have settled on the seafloor. If you look closely at the video, you can see the trail the animal has made in the mud.

Scientists have discovered and named more than 12,000 living species of polychaetes. MBARI’s ROVs have given many opportunities to observe the unique polychaetes that live in the deep sea, including worms that “dance” in the midwater, drop bioluminescent bombs, or digest decomposing bones.