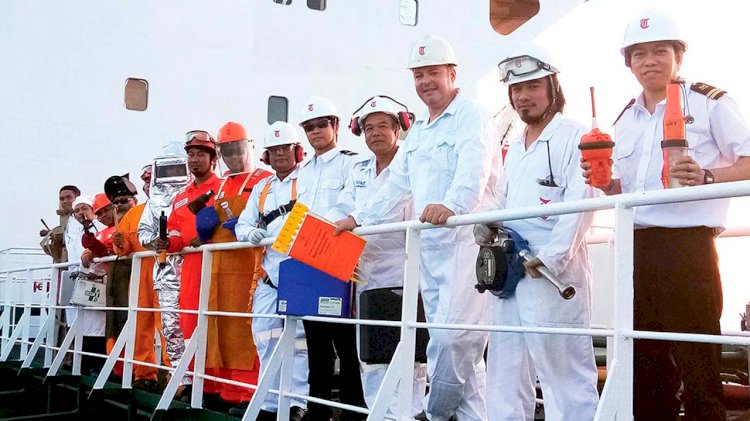 Stable crewing* can improve safety, well-being and financial outcomes, according to a new report led by researchers from Solent University.

Started in April 2017, the Effective Crew Project has examined the benefits and challenges associated with the implementation of either a stable or a fluid crewing strategy on board merchant vessels.

The report finds that stable crewing can: reduce handover times and increase crew retention; improve safety by strengthening work relations and promoting better communications both on board and ashore; reduce recruitment and training costs; and reduce staff turnover.

The report goes on to conclude that: good leadership and management skills are fundamental and need to be current and sensitive to continuous crew development and efficient vessel operations; companies need to consistently collect more reliable data in order to better inform their crewing strategies; and that inconsistent data sets from shipping companies makes it problematic to put hard figures against the cost benefits.

Sponsored by the Lloyds Register Foundation and TK Foundation, the Effective Crew Project developed findings from a pilot study, conducted by the same research team, and best practice from stakeholders within the maritime industry. Data was also examined from other industries to compare best practice and draw on lessons to improve safety, welfare and efficiency at sea.

Dr Kate Pike, the lead researcher on the project says:

“The research offers conclusive evidence that stable crewing can improve safety, well-being and, over time, financial outcomes. However, it is important to recognise that ‘one size does not fit all’ and that different crewing strategies may suit different companies at various stages of their development, as they grow or reduce fleet numbers for example. Additionally, the importance of good leadership cannot be overstated and is vital to the success of any crewing strategy. It will have a strong influence over the safety of the crew and ship and the well-being of the seafarers. Further work is needed to develop measures that can accurately assess the overall performance of a vessel and the impact of the crewing strategy adopted, so that decisions are better understood, implement and evaluated.”

* Stable crewing, within the merchant shipping industry, is where the same top four senior officers (Captain, Chief Officer, Chief Engineer and Second Engineer) operate on a back-to-back basis and return to the same vessel for several voyages, with all four joining and leaving the vessel at the same time. Sometimes stable crewing can relate to crew members other, or as well as, the top four returning to the ship for more than one voyage. More usually, companies operate a fluid system, where senior officers are assigned to any appropriate vessel and will sail with different senior officers every trip.