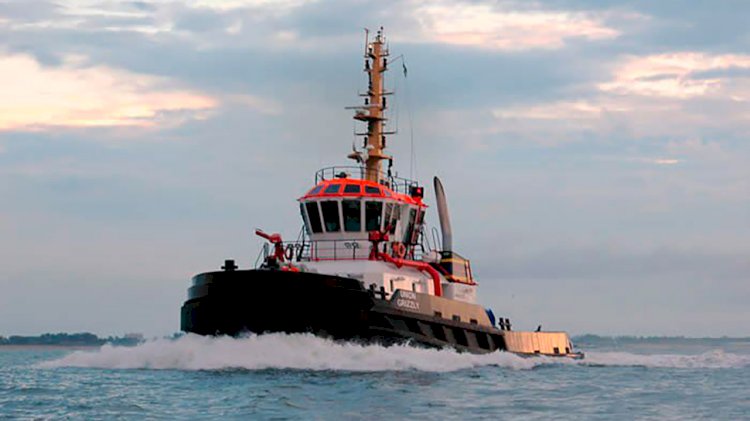 The project, focused on the Amazon Basin, forecasts the development of LNG river convoys and the intention on deployment of the first fully electric pushboat in the world.

Hidrovias do Brasil and Robert Allan Ltd. announce an exclusive partnership for the development of a two-stage project, pioneer in South America’s inland navigation.

The first phase of the project involves the development of river convoys for the transportation of liquefied natural gas (LNG) in the Amazon Basin, consisting of natural gas powered pushboats and cryogenic barges, which maintain liquids at temperatures below minus 160 degrees Celsius. The goal is to meet regional demand, which encompasses the domestic market, local thermoelectric plants and industrial complexes with combined demand potential of over 5 million cubic meters of natural gas per day.

Currently, the most widely used fuels for waterway transportation are heavy fuel oil and marine diesel oil. The use of natural gas offers numerous benefits, such as cost savings (LNG price expected to be about 45% of Fuel Oil’s for the same power delivered) and also in the emission of polluting gases (25% less relative to Fuel Oil), so the Amazon region will benefit from LNG access through a massive transportation made with alternative energy, with lower environmental impact and cost reduction.

The second phase includes the development of electric pushboats capable of maneuvering barges with approximately 2000 tons of cargo. Innovation, in addition to preventing the spread of pollutants in more environmentally sensitive areas, should reduce fuel and maintenance operating costs by up to 20%. According to a study to analyze the viability of the Project, developed by the companies, the new pushboat can reach next to zero emission condition when powered only by batteries.

The use of LNG and batteries will contribute to the future of waterway logistics, as well as promoting a more sustainable, cost-effective and more productive solution for the operation. Both the electric pushboat and the LNG convoy are expected to be operational by 2021. The project also comprises an LNG Terminal owned by Hidrovias do Brasil in Barcarena, in advanced stage to receive Installation License from State Environmental Secretary (IL) – Preliminary License was issued in July 2019.  This terminal has construction time estimated in 18 months after IL issuance.

Robert Allan Ltd. is Hidrovias do Brasil’s primary naval architecture and technical consulting partner, since the latter’s founding for the development of pushboats and barges. Together these companies have been pioneers in the use of pushboats equipped with diesel electric technology and azimuth drives for inland navigation, which promote more safety, economy and agility to river navigation. 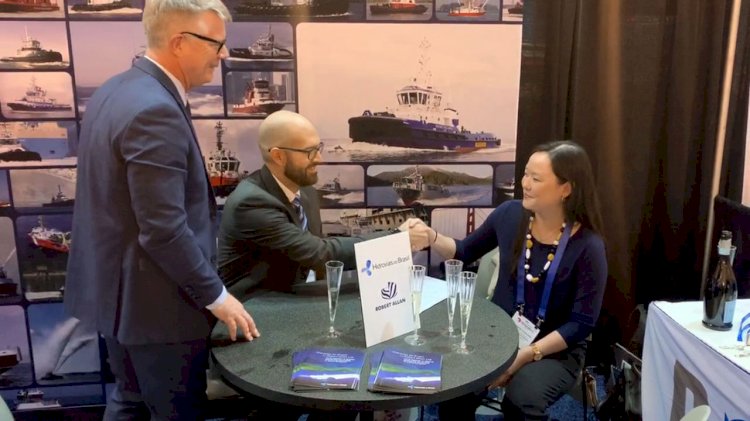