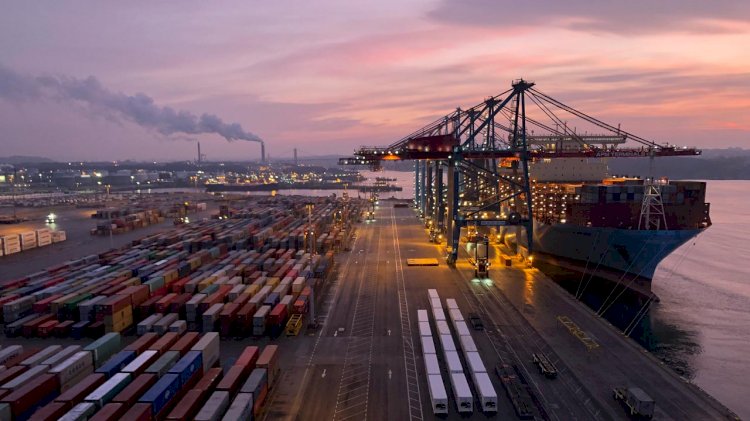 A year ago, APM Terminals Gothenburg introduced the Gothenburg Gateway to accelerate the development of Sweden’s goods transports, having identified the need for Sweden to keep pace as global goods transports grow in scale and become more efficient.

APM Terminals Gothenburg is now taking the next steps towards becoming a more efficient gateway by introducing Green Gothenburg Gateway on December 6th at a launch event in front of key stakeholders.

“With the Green Gothenburg Gateway concept, the terminal will continue to move Sweden closer to world markets by delivering fast, efficient, and reliable cargo handling.”

Gothenburg’s container terminal is used by Sweden’s largest exporting and importing firms. A clear signal from the Swedish business sector to APM Terminals Gothenburg is that climate impact needs to be reduced, but an equally clear signal is that this mustn’t result in higher costs and decreased competitiveness. Therefore, the conversion will be done at no cost to customers and will not affect the speed or reliability of cargo handling.

APM Terminals Gothenburg is doing this not only to meet customer demand, but also as their major contribution to Sweden’s ambitious climate target for the transport sector. The Swedish Parliament has decided that by 2030, greenhouse gas emissions from the country’s domestic transports will be 70 per cent lower than 2010 levels.

Since taking over operation of the container terminal, APM Terminals has made investments and changes that have reduced the terminal’s climate footprint. Carbon dioxide emissions will be approximately 90 per cent lower than they were ten years ago, thanks to measures already implemented and the conversion to renewable fuels. Accordingly, by 2020 the Green Gothenburg Gateway will exceed, by good measure, the local Parliament’s 70 per cent reduction target.

“APM Terminals Gothenburg is proud to strengthen the terminals’ contribution to the Swedish business sector’s competitiveness and climate work. Together, we will achieve Sweden’s climate target.”