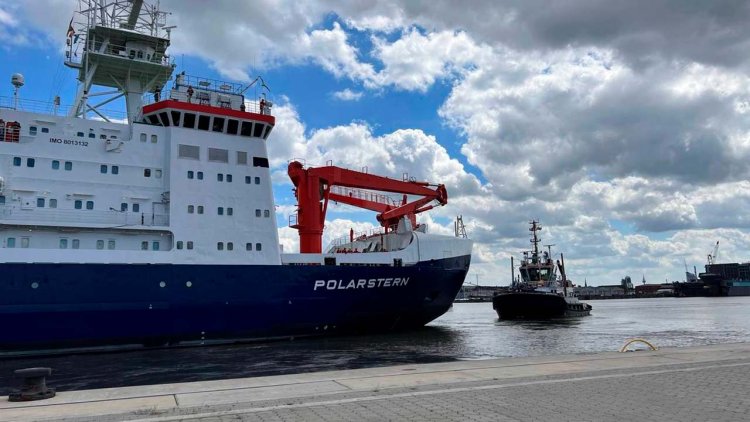 The research vessel Polarstern has departed on a seven-week-long voyage to the Arctic, where the onset of summer also marks the beginning of the annual sea-ice melting.

Over the past 40 years, the summer sea-ice extent has decreased by 40 percent – making it one of the most visible impacts of climate change. In a process study to be conducted in the marginal ice zone, the team of researchers on board will investigate how heat fluxes and water layering in the ocean, as well as the characteristics of the ice, interact and influence melting. A further focus of the expedition will be on the warming produced by Atlantic Water circulation and its effects on marine glaciers in northeast Greenland.

From her home port in Bremerhaven, the Polarstern will set course for Fram Strait and the marginal ice zone north of Svalbard, where warm, nutrient-rich Atlantic Water flows into the Arctic Ocean. Closely monitoring energy and material flows in the marginal ice zone from the ship and from on ice floes is the goal of the team led by Prof Torsten Kanzow, expedition leader and a physical oceanographer at the Alfred Wegener Institute, Helmholtz Centre for Polar and Marine Research (AWI). 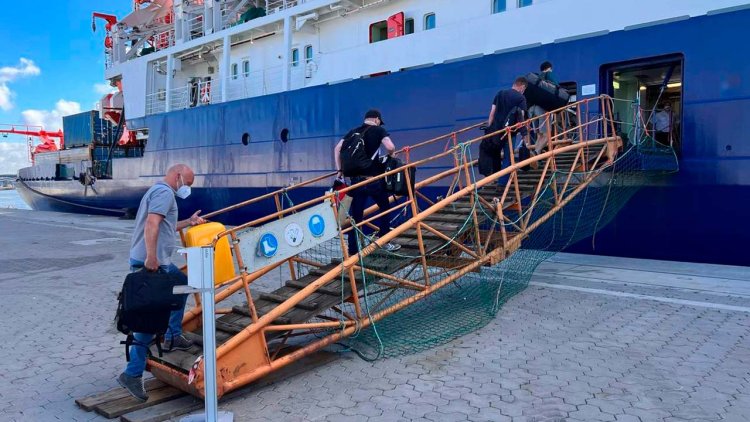 “We will make transects from the open water into the dense sea ice and back. Along the way, we will gather a variety of physical, chemical and biological measurements in the marginal ice zone, which is especially productive and therefore especially interesting. The team will also venture onto the ice to take a closer look at the thickness and characteristics of the sea ice and measure ocean currents and eddies away from the ship. We’ll also deploy so-called gliders in the ocean, buoys on the ice and moorings on the seafloor, all of which will record valuable data for the next several years. Lastly, we’ll extend our research radius with helicopter flights, during which we’ll observe, for instance, the melt ponds on the ice.”

The study will be supplemented with atmospheric research, in which the characteristics and flows of aerosols and greenhouse gases in the atmospheric boundary layer, as well as the distribution of water vapour and clouds, will be evaluated. A further project is intended to show how oceanographic fronts, eddies and the ice edge itself, as well as sea-ice characteristics (melt ponds and light transmission), influence carbon export. In order to quantify the latter, the experts will assess the nutrient supply in the sunlit zone, as well as the distribution of phytoplankton and zooplankton (including jellyfish) and primary and net community production. This fieldwork in the marginal ice zone will help us to understand the impacts of climate change in the Arctic.

Another key target region for the expedition is northeast Greenland, where the team will investigate the ocean’s influences on marine glaciers. The two glaciers there (79 N Glacier and Zachariae Isstrom) are both characterised by ocean-driven ice loss and accelerated ice flows, making them contributors to sea-level rise. 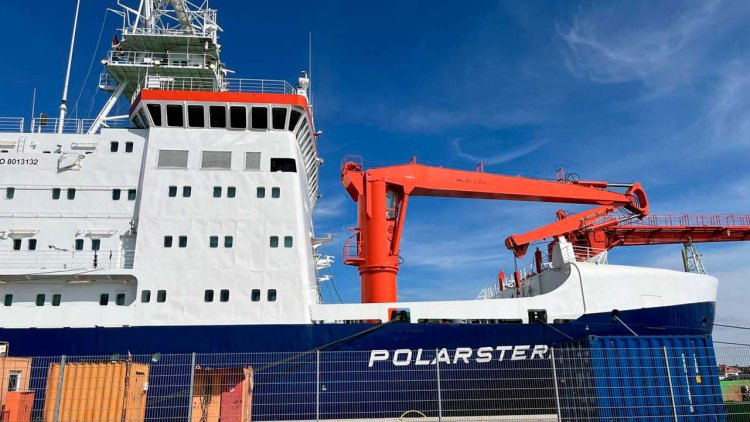 Kanzow, who’s been pursuing research in the region since 2016, says:

“We plan to install moorings in order to gauge the sensitivity of ocean-driven glacier melting to changing environmental conditions.”

Accompanying geodetic-glaciological studies will be conducted on Greenland. On the one hand, they will assess how the solid ground is rising on extremely small scales, because it is still rebounding from the past weight of ice masses that melted after the last glacial maximum. On the other, they will explore temporal variations in supraglacial lakes; their drainage out to sea can have considerable effects on glacier flow speeds and glacier melting.

For the AWI’s time series dating back to 1997, the expedition team will also deploy measuring devices at the FRAM Observatory between Greenland and Svalbard. And farther to the north in the Arctic Ocean, new instruments will be deployed in the Aurora Vent Field, where they will continually record the seismic activity and physical characteristics of the local heated-water discharges (hydrothermal vents) for the next year. In mid-August, the Polarstern is slated to return to Bremerhaven, from where, following a nearly two-week break, she will depart again, this time bound for the Antarctic. 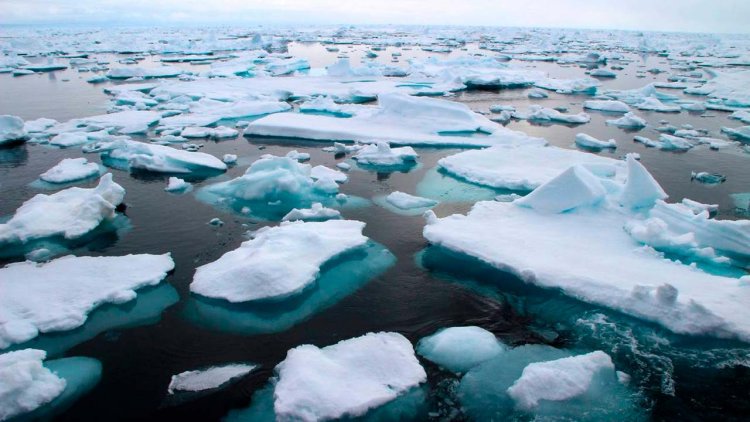