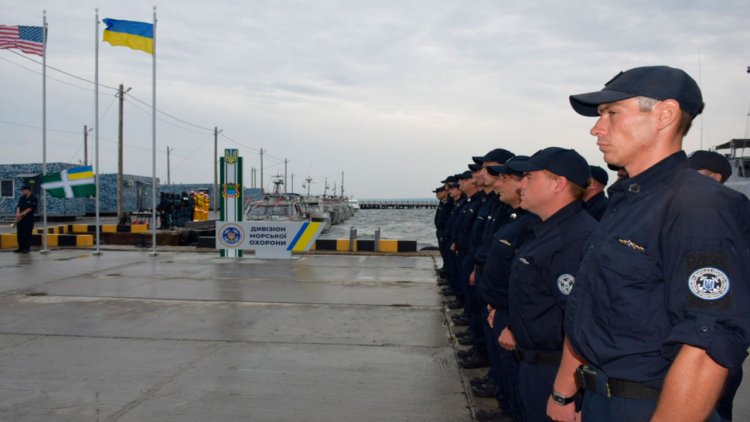 On August 13, in Berdyansk, the base point of the Marine Guard Division of the State Border Service was solemnly opened. The facility was built with funds from American partners.

According to the State Border Service, a modern marine guard division of the Mariupol detachment was created in 2021. It became the home base for a significant part of the ship and boat personnel of the Kerch Marine Guard detachment, which entered Berdyansk in 2014 during the Russian occupation of Crimea.

The construction of a modern military town took place as part of the US State Department’s Export Control and Border Security (EXBS) program.

It is noted that the military town has no analogues in Ukraine. In addition to residential modules, it has technical modules and berths. In addition, long-term autonomy of the town is ensured, as well as mobility with the ability to deploy to new positions.

As noted in the border service, the presence of Russian warships and boats is increasing in the Sea of ​​Azov, which periodically arrange provocations.

The State Border Guard Service said in a statement:

“That is why the Maritime Guard, with the support of the US strategic partnership, provides the arrangement of new type units with well-trained, equipped and responsive personnel, modern equipment and appropriate support.”

According to the adviser to the US Embassy in Ukraine, Kevin Keelyer, the project of international assistance to modernize the Maritime Guard lasts for three years – the Americans allocated almost 6 million US dollars for its implementation, of which 4 million went to facilities in Mariupol and Berdyansk.

“And this work has not been completed yet, as a new stage of design of the Technical Support Center in Odesa, worth 12 million US dollars, has begun.”

In the near future, with the support of the United States, it is expected to update the ship and boat composition.