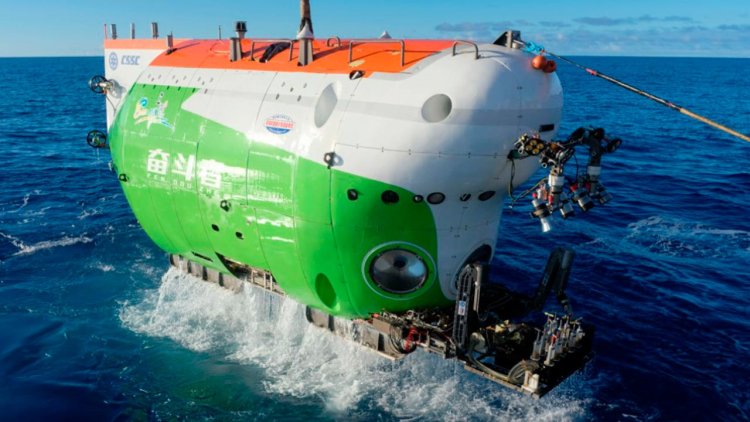 NIWA and Auckland Museum scientists and their Chinese colleagues conducted 15 dives on board the Institute of Deep-Sea Science and Engineering (IDSSE) deep ocean submersible, Fendouzhe which was deployed from the IDSSE’s research vessel Tansuoyihao.

The ship returned late last month [23rd December] from the second leg of a two-month scientific voyage exploring the geology and ecosystem of the Kermadec Trench, including the Scholl Deep, which at 10 kilometres below sea level, is one of the deepest places in the world.

NIWA marine ecologist Dr Dave Bowden says they have made extraordinary new observations about the diversity and abundance of life at what’s known as hadal depths – the ocean trenches 6-11 kilometres below the sea.

“The imagery we were able to gather, and the sampling we were able to do are going to give us new understandings about how the food web works in the trench with organic material from the upper ocean sustaining animal communities and exporting carbon to the depths."

“We saw some striking examples of food-fall, including dozens of deep-sea fishes and thousands of crustaceans gorging on the corpse of a large sunfish, and the intact vertebrae of a 4-metre-long shark, long since stripped of all flesh.”

NIWA is a research partner on the MBIE Endeavour-funded Te Mana o Ranghitāhua programme which is co-led by mana whenua and mana moana Ngāti Kuri, and Auckland Museum. Co-Director of the programme Sheridan Waitai from Ngāti Kuri says:

“Te Mana o Ranghitāhua brings knowledge from indigenous and scientific research to meet future environmental challenges and ensure the ongoing thrivability of the ecosystem. The new information gained on geological, chemical, physical and biological processes during this expedition will complement the knowledge that we are assembling for the programme to understand the main ecosystem drivers in the region.”

“This is where the Australasian continental plate overrides the Pacific plate, and it generates enormous forces that are released through volcanic and seismic events. Improved understanding these processes is fundamental to managing the risk to New Zealand from such events.”

IDSSE and NIWA are continuing their collaboration following the voyage to analyse the large number of samples obtained to give a better understanding of New Zealand’s deepest environment, and the impacts that humans may have on it.