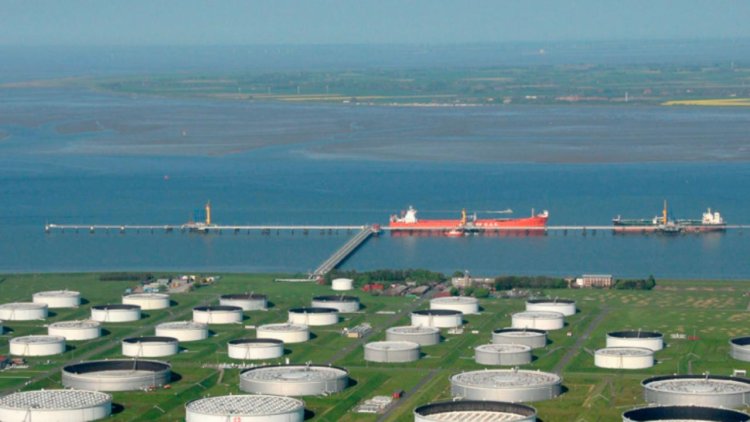 The project, which would be located in Wilhelmshaven, is expected to include an industry leading ammonia cracker which could provide up to 130,000 tons of low-carbon hydrogen from green ammonia, per year, from 2028.

Green ammonia – produced by combining nitrogen with hydrogen derived from the electrolysis of water using renewable energy sources – is expected to be shipped from bp green hydrogen projects around the world to Wilhelmshaven. The cracker converts the green ammonia into green hydrogen by splitting the larger molecule into its smaller nitrogen and hydrogen components which can then be used directly. It’s anticipated that up to 130,000 tons of hydrogen per year could be produced from the site, with scope for further expansion as the market for future fuels develops.

“At bp we have the expertise and capacity to cover the entire value chain of green hydrogen production, including conversion into derivates like ammonia, transport, and then reconversion to supply green hydrogen to the customers and places who need it. This development would help create greater energy independence for our German customers across a range of low carbon energy products.  Wilhelmshaven has a proud energy history, and we hope this hydrogen hub can help carve out its next chapter and help Germany meet its energy transition goals.”

bp’s plans include utilising the existing infrastructure of the Nord-West Oelleitung (NWO) terminal at Wilhelmshaven, where it is a participating shareholder. With its deep-water harbour and pipeline system, Wilhelmshaven is one of the country’s most important energy terminals and is well positioned to support energy transition activities.

Additionally, bp’s plans propose to utilise the current oil & gas pipelines for use in hydrogen transport. The low-carbon hydrogen could then be delivered to customers in the Ruhr region and other centres of demand.

“The development of this import facility complements bp’s global hydrogen project portfolio, as we develop a presence in a number of potential hydrogen and ammonia export locations in the Middle East, Africa and Australia, which could supply part of the European demand in the coming years. This is another critical step in developing and delivering low carbon hydrogen in communities throughout the world.”

“In order to remain competitive and resilient as an industrial location in the long term, we must ensure an affordable, climate-neutral and secure energy supply. To do this, it is important that we diversify our supply sources and create fewer dependencies. bp's proposed new hydrogen centre in Wilhelmshaven can play an important role in this. At the same time, it further advances the energy transition in Germany and strengthens Wilhelmshaven as an important hub for the import of renewable, green energy. We urgently need the new ‘Lower Saxony speed’ on the path to climate neutrality because we have no more time to lose in protecting the climate”.

The proposed project is the latest in a string of hydrogen proposals in the country from bp. It follows the H2 Nukleus and Lingen Green Hydrogen concepts. Together, they are anticipated to help Germany reduce CO2 emissions in energy-intensive areas such as chemicals and steel production.

SMST gangway and crane on board first ever Asian CSOV

Anemoi renews Rotor Sail testing base with Port of Blyth