The port is located on the coast of the Karimata Strait with direct sea routes to Sumatra Island, Singapore, and Malaysia. 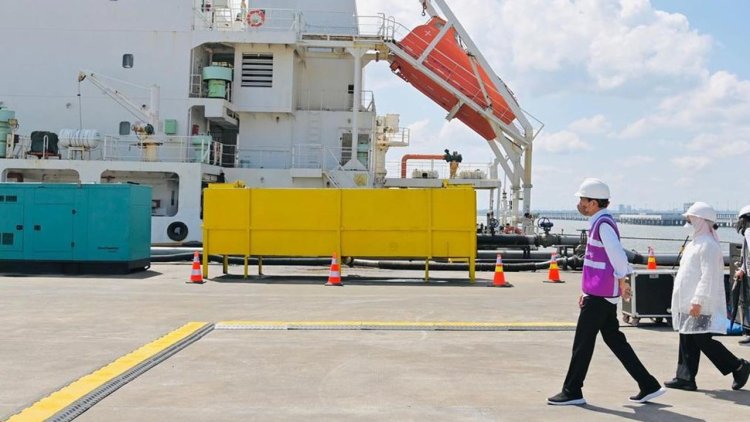 President Joko “Jokowi” Widodo on Tuesday inaugurated a major container terminal at Pontianak Port in the province of West Kalimantan six years after the construction began.

The new terminal in the district of Mempawah has a capacity of 500,000 twenty-foot equivalent units (TEU), making Pontianak Port the biggest on the island, according to government data.

The president said the total cost to build the new terminal is estimated at Rp 2.9 trillion ($195 million).

“It’s now the biggest port in Kalimantan. I have asked the president director of [state-owned port operator] Pelindo how much it costs to build this huge facility. It’s Rp 2.9 trillion.”

The new terminal will provide shipments for the island’s major commodities like crude palm oil, bauxite, and alumina to domestic and overseas markets, the president said.

“We need to make sure that such a big investment will help strengthen our competitiveness and improve inter-port, inter-island, and international connectivity.”

He also instructed Public Works and Housing Minister Basuki Hadimuljono to upgrade roads around the port to allow smooth traffic of large cargo trucks and containers.

“All roads heading to Pontianak Port must be widened and coincidently the minister is present here so I ask him to settle this.”

The president said he is open to new ideas of renaming the port.

“If you want a new different name for this port, you can submit it to the central government. I think we are open to all aspirations but today we already inaugurated this terminal.”

Construction started on the Sutherland Street seawall in...