The fairway adjustment of the Elbe is on its home stretch in Hamburg. 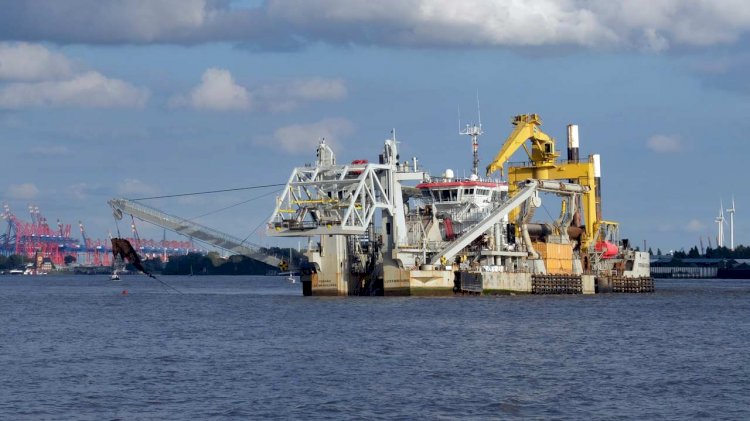 In the final stage this week, the so-called cutter-head suction dredger "Fernão de Magalhães" will do the remaining work on the Elbe river bed.

This is the first time that a dredger of this type is operating in Hamburg. The "Fernão de Magalhães" of the commissioned hydraulic construction company Jan de Nul has been working for example on the expansion of the Panama Canal.

The special dredger is expected to be in operation until the end of September. As the ship is used near the shore in the Blankenese area, noise pollution may arise occasionally, but this will be reduced to a minimum.

At the same time, the last work is currently being carried out on the two new leading lights in Blankenese, which were set up in June and July respectively. Currently, the installation of the lights and connection to the main system are being prepared. In autumn, the work on the passing box and leading light line will be completed so that the dismantling of the old lighthouses can begin.

The entire fairway adjustment between the North Sea and the Port of Hamburg will be completed in 2021 as planned.