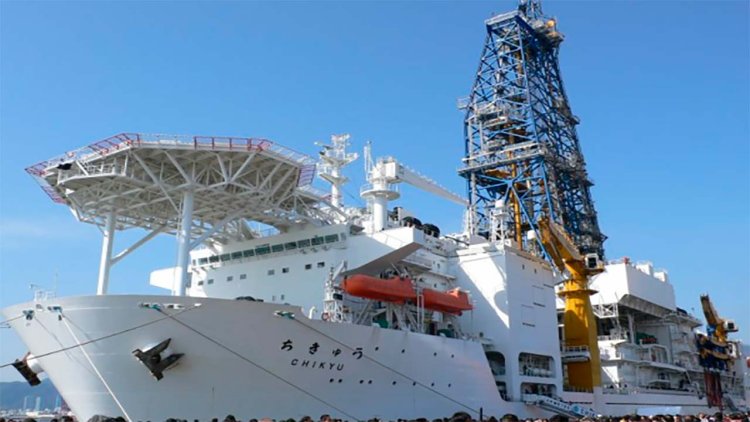 Scientists who drilled deeper into an undersea earthquake fault than ever before have found that the tectonic stress in Japan's Nankai subduction zone is less than expected, according to researchers at The University of Texas at Austin and the University of Washington.

The U.S. National Science Foundation-supported findings, published in the journal Geology, are a puzzle because the fault produces a great earthquake almost every century and was thought to be building for another big one.

Demian Saffer, director of the University of Texas Institute for Geophysics, who co-led the scientific mission that drilled the fault, said:
"This is the heart of the subduction zone, right above where the fault is locked, where the expectation was that the system should be storing energy between earthquakes. It changes the way we're thinking about stress in these systems."

Although the Nankai fault has been stuck for decades, the study shows that it is not yet showing major signs of pent-up tectonic stress. According to Saffer, that doesn't alter the long-term outlook for the fault, which last ruptured in 1946 — when it caused a tsunami that killed thousands — and is expected to do so again during the next 50 years.

Instead, the findings will help scientists home in on the link between tectonic forces and the earthquake cycle and potentially lead to better earthquake forecasts, both at Nankai and other megathrust faults such as Cascadia in the Pacific Northwest.

Harold Tobin, a researcher at the University of Washington, who is the first author of the paper, said:

"Right now, we have no way of knowing if the big one for Cascadia — a magnitude 9 scale earthquake and tsunami — will happen this afternoon or 200 years from now. But with more direct observations like this, we can start to recognize when something anomalous is occurring and that the risk of an earthquake is heightened in a way that could help people prepare."