Antarctica's fourth largest ice shelf risks collapse due to mountain winds, according to new research from the University of East Anglia (UEA). 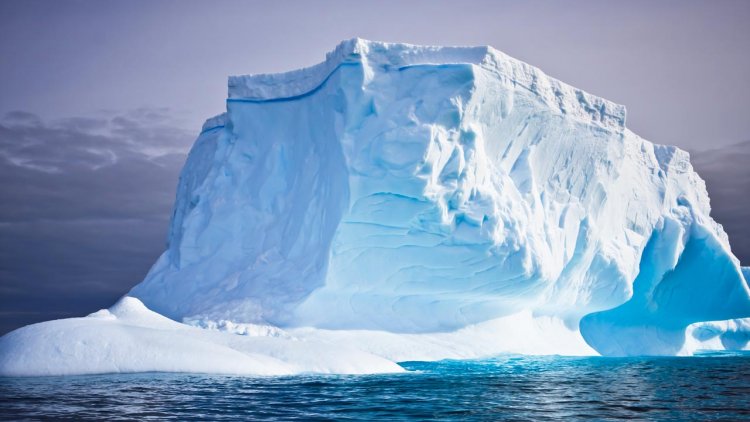 The Larsen C Ice Shelf is located on the Antarctic Peninsula, which currently experiences the highest surface melt rates across Antarctica. Melt rates have been increasing in response to strengthening circumpolar winds that result from ozone depletion and increasing greenhouse gas concentrations.

The study provides the first comprehensive explanation for the melt experienced across the ice shelf.

Strengthening circumpolar winds have brought more warm maritime air to the region and increased the frequency and strength of warm mountain wind events known as foehn over the east coast of the Antarctic Peninsula, where Larsen C is located. The research found foehn winds drive the highest melt rates and govern the variability of melt across the ice shelf.

Dr. Andrew Elvidge, a senior research associate in UEA's School of Environmental Sciences, led the research. He will present the findings today at the annual meeting of the European Geophysical Union.

"Our study has shown that the dominant control on Larsen C surface melt is the occurrence, strength and warmth of foehn winds, and that the most intense foehn-driven melt occurs in embayments, or inlets.

"From previous studies we know these regions are now prone to melt water ponding, which is the precursor to hydrofracture, when crevasses are driven open by the weight of water generated by surface melt. This is the mechanism believed to have caused the catastrophic collapses of the nearby Larsen A and B ice shelves in 1995 and 2002, respectively.

"Foehn-driven melt on Larsen C is likely to increase in the future, with further strengthening of the circumpolar winds expected due to increasing greenhouse gas concentations.

"The collapse of ice shelves causes the glaciers that previously fed them to speed up and drain directly into the ocean, which leads to sea level rise."

The research, with co-author Prof Ian Renfrew of UEA's School of Environmental Sciences and scientists from Utrecht University and the British Antarctic Survey, used measurements of the ice shelf and atmosphere gathered between November 2014 to June 2017, in conjunction with atmospheric model simulations.

According to their findings, the inlets of Larsen C experience the highest melt rates, and although foehn winds are seen just 15 percent of the time, they account for 45 percent of the surface melt.

"This region is one of the fastest-warming on Earth and currently experiences the highest surface melt rates across Antarctica.

"Further work with weather and climate models is needed to improve predictions of the timescales on which Larsen C will become vulnerable to atmosphere-driven collapse."