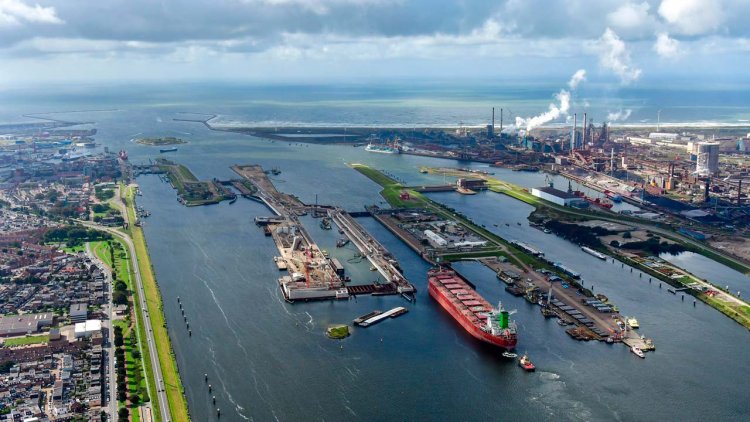 The three partners have signed a Memorandum of Understanding (MoU), ratifying their intention to jointly realize large-scale import facilities for hydrogen at the port of Amsterdam.

The facilities will comprise a LOHC dehydrogenation plant with a final release capacity of up to 100-500 tonnes of hydrogen per day as well as related storage and handling facilities. All three parties are founding members of the H2A platform, a platform that focuses on the development of supply chains for green hydrogen imports through the port of Amsterdam.

The realisation of a LOHC import terminal and a plant for the continuous, large-scale release of hydrogen are important additions to other planned activities in the port. Such activities include the development of the regional and national backbone and various planned projects for hydrogen production in the North Sea Canal Area. The next phase of this initiative will focus on exploring the spatial, infrastructural, and financial requirements to establish the terminal over the next years. The objective is to have the first plants for delivery of hydrogen to local off-takers in operation before 2028, with the potential of further upscale. In total, the handled LOHC volumes will be at least 1 million tons per annum.

Following a completed feasibility study on different liquid hydrogen carriers, Evos, Hydrogenious and Port of Amsterdam are now taking this next step in putting Hydrogenious' unique LOHC technology into action. This study confirmed that LOHC technology is a compelling solution for use in the port of Amsterdam, compatible with the existing infrastructure. The Evos Amsterdam terminals need only relatively minor modifications to store and distribute LOHC in the port and beyond.

The liquid organic hydrogen carrier used by Hydrogenious, thermal oil benzyl toluene (LOHC-BT), is already well-established in the industry as a heat transfer medium and has ideal properties for safe handling in ports. Due to its characteristics as a flame retardant and non-explosive carrier with a high volumetric energy density, benzyl toluene can be handled like a fossil liquid fuel within existing infrastructure, at ambient pressure and temperature. After dehydrogenation, it can be reused many hundreds of times to bind hydrogen.

By making use of existing nautical infrastructure in the port, Hydrogenious’ LOHC technology offers a compelling, cost-effective, and safe solution, with only minor modifications needed to enable storage at Evos Amsterdam. This unique project is therefore a key step in the development of pan-European hydrogen value chains connected to the port of Amsterdam. As such, it contributes to accelerating the decarbonisation of European industries.

“The location of the port of Amsterdam and the companies operating here and in the wider North Sea Canal Area, make our port ideally suited for such a terminal and plant. This region also offers large potential for offtake, with our connection to Schiphol Airport and the presence of large industrial clusters. Additionally, we collaborate with duisport to facilitate the distribution of hydrogen to the German and European hinterland, further increasing the offtake potential.”

“In order to realize Europe’s ambitious plans to import 10 Mio. tons of hydrogen already in 2030, we need to make use of existing infrastructure. Therefore, the H2A consortium has focused on LOHC technology that can rely on existing oil handling and storage capacities and significantly reduces potential risks of handling molecular hydrogen or other derivatives. For a port and industrial region like the Port of Amsterdam, that is located very closely to the city, this is of paramount importance. The build-up of LOHC-based supply chains will also facilitate the transport of hydrogen to the ‘hinterland’ and to Germany. Besides the development of import projects, H2A will also provide political and regulatory support to technology companies and project developers at the location, as well as structured access to funding.”