Deepest dive in the Mediterranean Sea in a Triton 36000/2 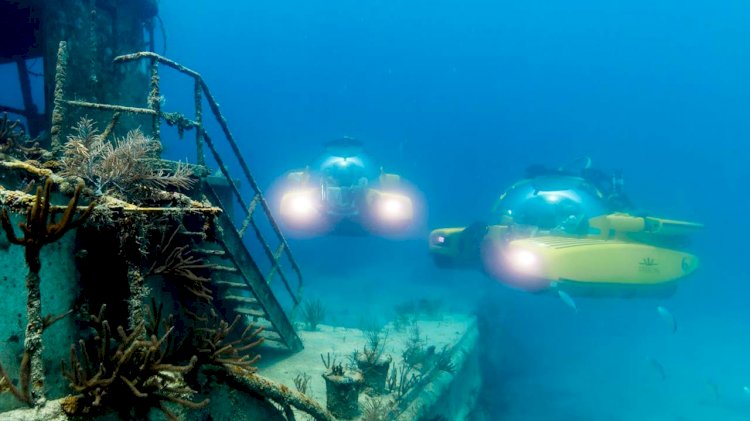 The second phase (of five) of Caladan Oceanic’s 2020 deep-diving expeditions has now been completed after sub pilot and explorer, Victor Vescovo and His Serene Highness, Prince Albert II of Monaco ventured down to the bottom of the Calypso Deep, the deepest point in the Mediterranean sea, on February 10.

In conjunction with EYOS Expeditions and Triton Submarines, the team reached a newly calculated maximum depth for the Deep, using direct visitation and multiple modern sensors, of 5,109 meters +/- 1 meter. It was only the second manned visitation ever to the bottom of the Mediterranean Sea.

The Calypso Deep was first visited 55 years ago by Captain Gérard Huet de Froberville, Dr. Charles “Chuck” L. Drake (USA), and Henri Germaine Delauze on September 27, 1965 in the French bathyscaphe Archimède. Drake, Froberville, and Delauze reported a max depth of 5,110 meters (but no error term), thus making Vescovo and His Serene Highness, Prince Albert II of Monaco, the fourth (and second American), and fifth person (first Monegasque) to its bottom. Although the expedition did not set a new depth record, it validated that that the French mission in 1965 did, in fact, reach the deepest point of the Mediterranean Sea which until this point was not affirmed.

“I had the honor of being accompanied on my dive by His Serene Highness, Prince Albert II of Monaco, who acted as a scientific observer during the five-plus hour dive. We observed the bottom of the sea floor with evidence of marine wildlife but unfortunately, much more significant evidence of human contamination including numerous plastic bags, beverage cans, and even what appeared to be a discarded hose.”

The mission was executed using the world’s only certified, full ocean depth submersible, the DSV Limiting Factor, a Triton 36000/2 model designed and manufactured by Triton and fully accredited and classed by DNV/GL. This allowed the first head of state (Prince Albert II) to safely dive the deepest of any in history, to a depth of 5,109 meters. 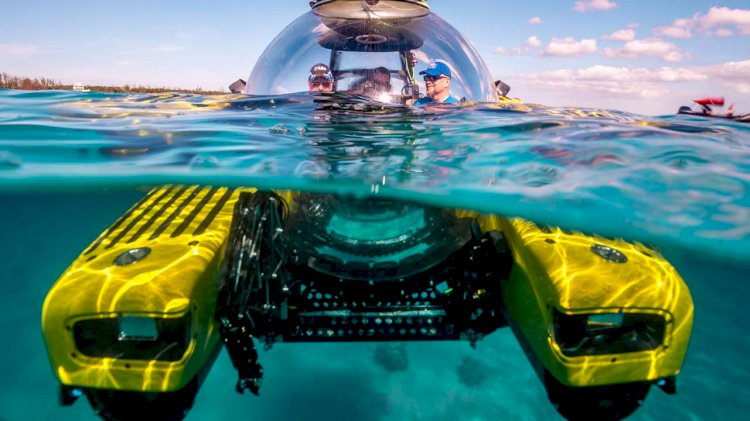 “The successful dive to the Calypso Deep with HSH Prince Albert II of Monaco, underscores the importance of a fully accredited submersible with the capacity to make repeated dives to any depth. Triton continues to advance the technology that makes human exploration of even the most remote places in our oceans possible for the first time in history. We are incredibly proud to have helped a fellow ocean enthusiast and kindred spirit visit the deepest point in the Mediterranean Sea.”

The expedition was organized and led by EYOS Expeditions, who continues to manage the logistics and permitting for all of Caladan’s 2020 dives.

“We assist our clients to get to the most remote and pristine regions of the world. It is always distressing to see such evidence of manmade pollution, an indicator that the impact of humankind extends to every corner of our planet. Hopefully this dive can help bring more awareness to the plight of the oceans and inspire people to help drive positive change.”

The next stop for Victor, the Caladan Oceanic crew and EYOS is the Red Sea, where they will conduct a week-long, in-depth scientific mission in cooperation with the King Abdullah University of Science and Technology to explore the unique hydrography, biology, and geology of the area.

Solitaire to install export line to Troll A platform in...