The huge structure of "Havfarmen" is built in three parts. The construction section has been transported to dry dock at the Yantai yard in China.

According to the company itself, innovation will help to solve challenges related to areas such as land. The offshore farm will be placed in areas that have so far been inaccessible for farming. The first Havfarmen becomes a stationary giant cage to be placed in a place they call Ytre Hadseløya.

"Number two is getting a little smaller. About 300 meters long and slightly wider. But this is also dimensioned for 10,000 tonnes of salmon, says Martinussen." 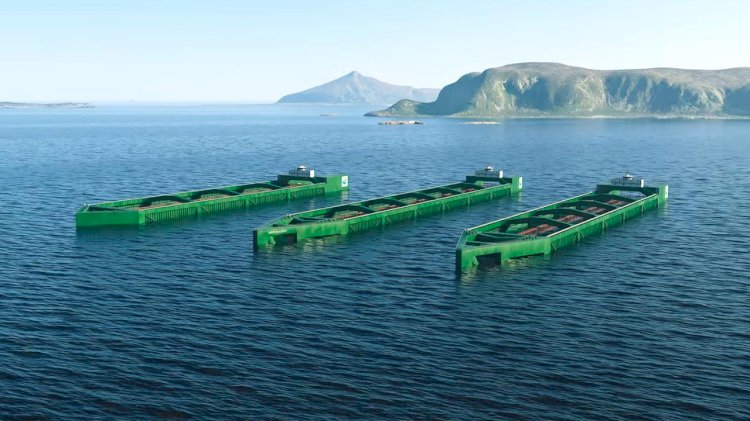 The latest design from KNUD E. HANSEN is an Icebreaking Expedition Cruise Vessel...