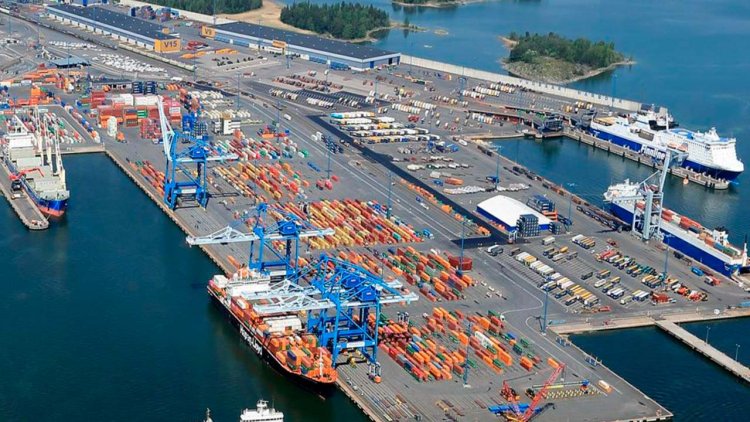 “The biggest single factor contributing to staying under budget was that the Vuosaari contract was tendered at the same time as the City of Helsinki’s Hernesaari dredging and filling contract, which made it possible to get a good bid for both. The chosen contractor, Terramare Oy, also has high-quality equipment and experienced personnel, which make for efficient work.”

For Terramare, the project was a typical dredging project in terms of difficulty. According to Vyyryläinen, the special characteristics of the project included the busy vessel traffic and the water intake of the power plant in the work area.

The project to deepen the Vuosaari harbour basin and fairway was completed on schedule, with 70 per cent of the budget spent.

“The Vuosaari fairway has the busiest vessel traffic in Finland. The dredging and excavation work had to be carried out in the fairway in such a way that large cargo ships could safely pass. Although the work required additional signage and speed restrictions, all parties involved in the project were willing to be flexible and contribute to the safe implementation of the project.”

Vuosaari Harbour is Finland’s busiest container harbour. The fairway is used by approximately three thousand vessels per year. Thanks to the deepening, Vuosaari Harbour will be able to receive larger container ships in the future. This will reduce the environmental impact of container transport, as larger loads can be transported at a time. At the same time, the use of larger ships will reduce transport costs.

Jukka Kallio of the Port of Helsinki says:

Most of the rock excavated during the project, 800,000 cubic metres, was transported by water 21 km away to Hernesaari, where it was used for sea filling in the area. The amount of rock transported could fill the Finnish Parliament House approximately seven times. Transporting the materials exceptionally by sea reduced the environmental impact, traffic congestion and costs of transport.

“The transport by sea significantly reduced lorry traffic on the streets of Helsinki. The solution replaced about 40,000 lorry loads and reduced fuel consumption by 1.1 million litres and carbon emissions by about 2,500 tonnes.”