The utility module will support the production from Wintershall Dea's Nova field in Norway. 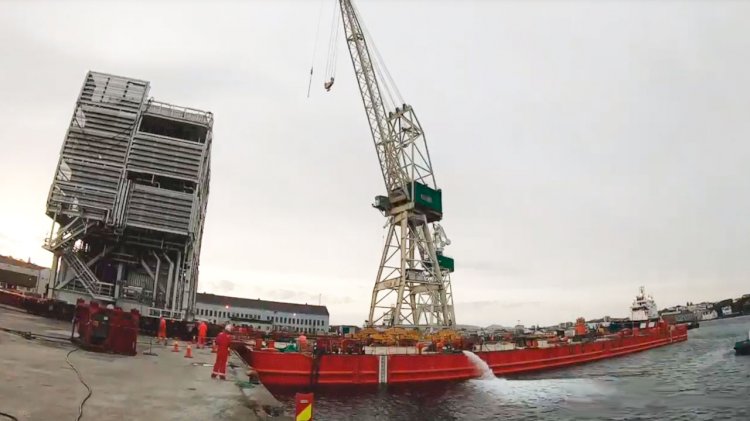 Load out of the 740 tons Nova topside module after one and a half years in the making.

The oil and gas reservoir was called Skarfjell when it was discovered in 2012. It was later given the name Nova. Besides Maria and Dvalin, the field is a further self-operated discovery in Norway that Wintershall Dea intends to develop and put on stream. The company is yet again demonstrating its expertise for subsea technology in this project: The reservoir is connected to the nearby Gjøa field via a subsea tieback. That saves resources and money. Production is scheduled to commence in 2021.

VIDEO: LNG bunkering to the LNG-fueled tugboat in Nagoya