Mongstad Industrial Park has been selected as the location for what could become Norway’s first production plant for liquid hydrogen serving the maritime market. 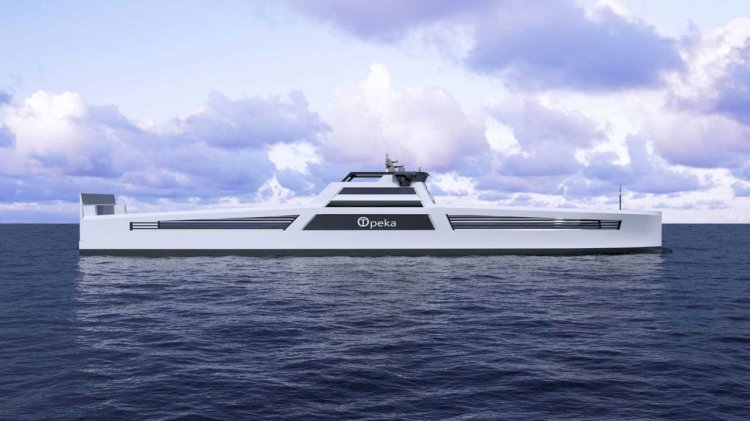 The first users of the hydrogen are envisaged to be two common goods carrier vessels under development by Wilhelmsen group.

Just before Christmas last year, as part of a consortium led by BKK, NorSea was allocated funds through the public funding scheme PILOT-E to develop a complete liquid hydrogen supply chain in Norway for maritime applications. Mongstad Industrial Park, one of the largest industrial areas in Norway, has now been chosen as the candidate production and liquefaction site.

Mongstad is ideally located in Vestland county on the west coast of Norway, close to customers in the maritime sector. It also offers promising opportunities for expansion to meet future increase in demand for liquid hydrogen. Furthermore, the park allows the project to maximize industrial synergies, as it is also close to project partner Equinor’s Mongstad refinery.

The investment decision on the plant is expected to be made already at the end of 2020. The consortium partners are in parallel developing solutions for storage and transportation to end users in the maritime sector. The project aims to make liquid hydrogen available for commercial shipping by early 2024.

The cargo ship “Topeka” will probably be the first user. Steinar Madsen, project manager for the ship project, which has been named “Topeka”, said:

“The ships set a new standard, as they have an emission-free range of 700 kilometers. It is like going from Buddy to Tesla at sea.”

The goal is to move freight from the E39 Coastal Highway Route to the sea between the Bergen area and Stavanger – while contributing to zero emissions in freight transport. Liquid hydrogen is considered to be one of the low-carbon solutions that can decarbonize heavy-duty transportation such as ships. The first user of the hydrogen produced at Mongstad is envisaged to be the common carrier concept “Topeka” currently under development by Wilhelmsen.

Wilhelmsen has plans for two “hydrogen ships” that will go on a fixed route with calls at eight ports daily, between Mongstad and Stavanger. Madsen explains:

“The total investment will be over NOK 700 million, and we hope that Norwegian shipyards want to be part of the project. Several Norwegian industrial companies are already in the project, and the ship is designed by LMG marin in Bergen.” 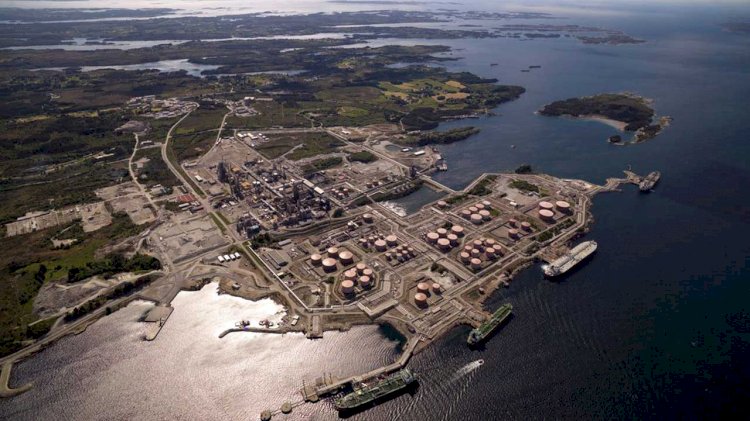 As consortium partners, and to explore possibilities for the decarbonization of transport, Wilhelmsen and Equinor conducted a feasibility study on how vessels fueled by liquid hydrogen could serve Equinor’s base-to-base logistics. The concept foresees two ships transporting equipment and materials mainly between onshore bases in Stavanger in Rogaland county and Mongstad. The ships could replace a substantial number of the trucks currently driving between the bases, offering a considerable reduction in emissions and enhancing road safety.

Wilhelmsen plans to take an investment decision on the vessels towards the end of 2020, depending on sufficient grants from public sources and sufficient market interest. The project also aims to set up hydrogen terminals at NorSea’s supply bases along the coast to secure hydrogen availability also for other vessels.

“Hydrogen as a fuel enables opportunities for low- or zero-emission shipping. The Topeka shortsea concept types with zero-emission voyages up to 400 nautical miles will provide useful experience for all vessel types. The hydrogen terminals will contribute to removing barriers for the oil and gas industry as well as other sectors to invest in hydrogen solutions.”

“This is a very important project at a very challenging time for the offshore and maritime industry. It can represent the beginnings of a large Norwegian hydrogen industry that will create new jobs and strengthen Norwegian maritime suppliers’ competitiveness in a global market, where decarbonization of shipping is high on the agenda.”

“With this project the partners are taking steps to create a hydrogen value chain. As an energy producer, Equinor’s ambition is to reduce net carbon intensity from our products all the way from initial production to final consumption, and we believe hydrogen can be part of the solution in the maritime sector.”

“We are proud to be part of the world’s first large-scale, low-carbon liquid hydrogen project for maritime applications. This partnership also illustrates Air Liquide’s contribution to meet the challenge of the energy transition and clean transportation by offering an alternative energy solution, in line with the Group’s climate objectives.”

ONE conducts successful trial use of sustainable biofuel...

Waiting for future alternative fuels ‘not an option’, says...