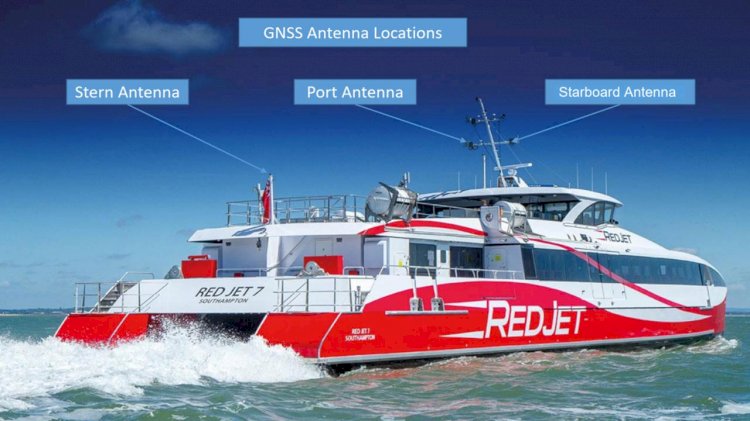 The aim is to convert high precision positioning data into a user interface that will improve the vessel commander’s ability to visualise docking movements - reducing docking time and fuel consumption, as well as increasing safety.

“It’s great for our students, who are learning the techniques, languages and mathematics of game software, to be made aware how transferrable their skills can be. Gamers must be captured by and drawn into a game. That is also true in navigation. The closer an interface is to the user’s mind’s eye, the more likely it will be embraced.”

Two third year students have undertaken the initial visual design, and are now moving on to coding the input of millisecond data streams that will position the trial vessel with pinpoint accuracy. The user interface is due to be delivered for user trials on Red Funnel’s high-speed ferry, Redjet 7, in March 2020.

“Any industry needs fresh ideas and up to date communication methodology. And without specialist in-house digital design expertise, where better to get the very best than from students on computer game development courses? We have been in contact with several universities in the gaming field including the highly rated Leuven University in Belgium. But Solent University proved ideal due to its close proximity to our business and a very ‘can do’ attitude by both teaching staff and students.”

Azurtane is not only funding this industrial placement opportunity for students but is looking to continue and build on its partnership with Solent University with the aim of collaborating on future projects that will advance the safety and efficiency of deep-sea vessels.

The technology group Wärtsilä further strengthens its commitment to environmental...