Second generation hydrogen drones to be utilised in the North Sea 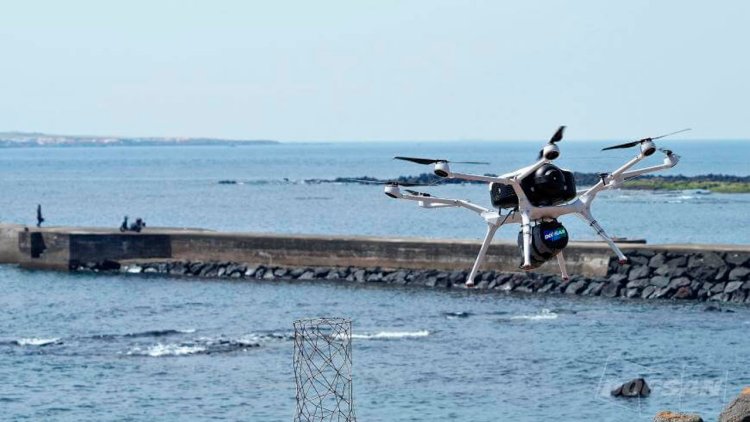 Hydrogen-powered drones could become a vital part of accelerating the energy transition in the North Sea with Doosan Mobility Innovation (DMI) releasing its new second generation drone and exploring pilots for its application.

Revealed on October 29, the second-generation hydrogen drone, the DS30W, had been demonstrated at the Maritime Emerging and Enabling Technologies Innovation Park (METIP) with DroneQ Robotics showcasing its capabilities.

DMI additionally signed a cooperation agreement with DroneQ and METIP that will see the joint investigation in using the hydrogen drone in maritime and offshore industry to enhance the energy transition to cleaner solutions.

The agreement with METIP will facilitate the use of pilot projects in which the drones can be used helping to assess the new hydrogen drone in real world scenarios.

Hydrogen has been recognised as a key fuel source for powering unmanned drones mainly due to the longer distance at which these can fly proving vital for use in offshore industries.

DMI said that these could be used to work across a wide variety of different applications such as inspecting pipelines over long distances and transporting urgent goods to offshore installations at sea.

“The second-generation hydrogen drone from Doosan Mobility International has a flight time of two hours and is resistant to adverse weather conditions, making it ideal for complex maritime applications such as inspecting offshore installations or performing search and rescue missions.”

“Innovative, safe, sustainable and efficient solutions using emerging & enabling technologies make a relevant contribution to a successful energy transition in the North Sea and its acceleration.”