Research expedition conducts a scientific survey in the North Atlantic 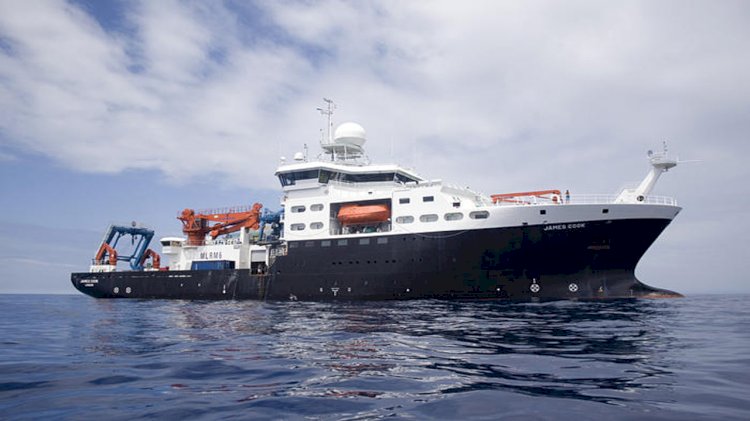 On 19 January an international research expedition led by scientists from the National Oceanography Centre (NOC) sailed from Fort Lauderdale in the USA to conduct a high precision scientific survey along 24.5°N of the North Atlantic.

The expedition team on board the NOC's RRS James Cook - due to finish in Tenerife, Spain in early March - will document physical and chemical changes occurring in the ocean. These changes are critical in revealing the extent to which subtropical waters have warmed and become more acidic through the absorption of anthropogenic heat and carbon from the atmosphere. The North Atlantic Ocean is one of the world’s most effective regions at sequestering heat and carbon, storing approximately a quarter of all anthropogenic carbon despite accounting for only 15% of total global volume.

The expedition forms part of the GO-SHIP programme, an international collaboration that coordinates and sustains a network of hydrographic sections as part of the global ocean/climate observing system. GO-SHIP cruises take place every decade and typically covers ocean basins from coast to coast and sampling the full water column from top to bottom along the way. This allows for changes in inventories of heat, freshwater, carbon, oxygen, nutrients and transient tracers to be identified. This cruise will be the sixth expedition, in addition to cruises in 2015, 2010, 2004, 1998 and 1992.

“The outcome of this expedition will be key to understanding how the North Atlantic is responding to a changing climate, while also continuing to absorb atmospheric heat and carbon. Ship-based hydrography is essential for documenting ocean changes throughout the water column, in particular for the deep ocean below 2 km where over half of the global ocean volume resides. Ship-based hydrography also continues to provide a critical reference for emerging autonomous technologies that monitor the oceans.”

The expedition forms part of the UK’s contribution to the global GO-SHIP programme, and is funded through the NERC’s CLASS programme (Climate Linked Atlantic Sector Science).