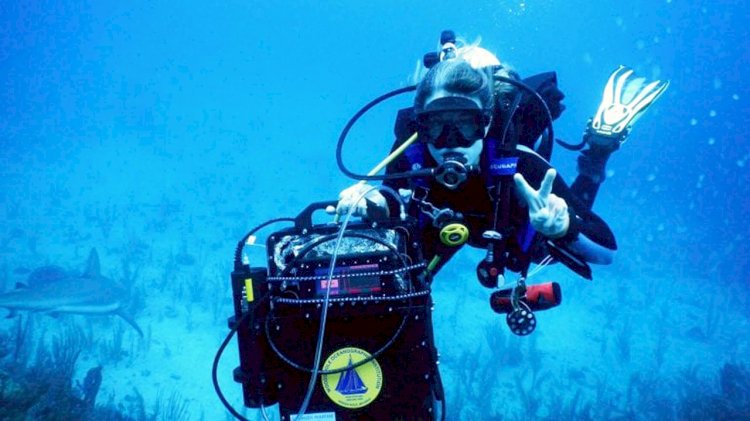 Researchers at Woods Hole Oceanographic Institution (WHOI) successfully conceived and tested a portable device, DISCO, that performed the first in situ measurements of a highly reactive type of oxygen, known as superoxide, which may play an integral role in the health of coral reefs.

Their findings were published as an early view article in the journal of Environmental Science and Technology.

Superoxide is a reactive chemical that is a byproduct within all respiring and photosynthesizing organisms. This unstable form of oxygen, or reactive oxygen species (ROS), is prone to stealing or giving electrons. As a consequence, superoxide has been known to catalyze chemical reactions that can lead to cancer and other diseases—one of the many reasons today’s diets stress incorporating antioxidant-rich foods, such as blueberries, nuts or dark chocolate. However, in many organisms, including corals, the nature of superoxide may be more complicated.

“It used to be that [superoxide] was only considered toxic. But we know now that it’s used for a lot of beneficial processes. In fungi, plants and even animals, superoxide is important for an organism’s immune response [for example]. That [logic] hasn’t really transferred over into marine life yet.”

Hansel and her team investigated the chemical’s interaction with symbiotic microorganisms that inhabit coral reefs. Preliminary evidence suggests that while corals may not be immune to superoxide’s toxic effects when it reaches high concentrations inside their cells, they may also be employing the chemical outside their cells for beneifical reasons, such as a defense against marine infections – some of which may be spurred on by warmer ocean temperatures.

Until recently, the ephemeral nature of superoxide has made it incredibly difficult to sample in the marine environment– the chemical only lasts mere minutes in seawater. This traditionally left no time to transfer water samples to a lab for adequate analysis. At the same time, other boat-borne systems were cumbersome to operate and could only be used in very select environments. 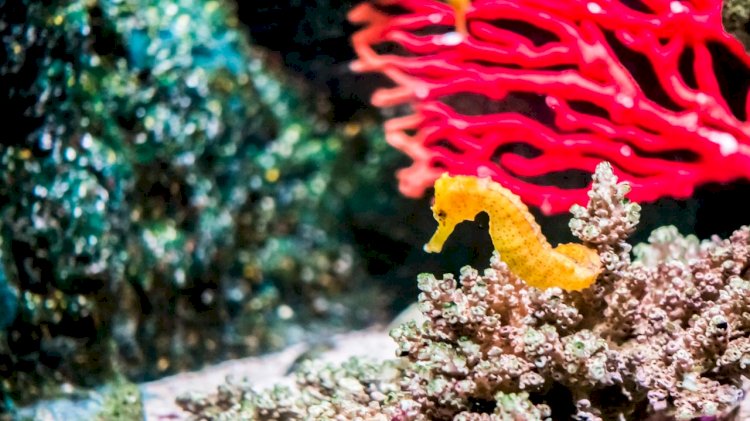 To overcome these limitations, WHOI engineer Jason Kapit and WHOI scientist Scott Wankel worked closely with Hansel and her lab to develop the world’s first portable DIver-operated Submersible Chemiluminescent SensOr, or DISCO. With it, they were able to sample superoxide concentrations in real time during a 2017 research trip to Cuba’s pristine reef system, Jardines de la Reina.

The boxy handheld device comprises a water-sealed battery and a tablet screen that scuba divers can operate at depth. Inside, fluidic pumps uptake the invisible chemical as corals produce it. DISCO then adds a chemical to the mixture that reacts with superoxide to create measurable light, read by an onboard sensor. Armed with these tools, DISCO detected notable differences in superoxide levels between species of corals in its first field test.

“Now, we want to be able to get at the why. Why are they purposely making superoxide and is this helping the coral or is it related to stress in some way?”

Since its inception, DISCO has been reengineered to become even more portable and lightweight. In 2018, Hansel, Wankel and Kapit collaborated on another iteration of the device, this time at roughly half the size and weight of its predecessor. The team has also adapted DISCO into a deep-sea version known as SOLARIS to accompany WHOI’s human-occupied submersible, ALVIN. In October 2019, they were able to use SOLARIS to detect superoxide produced by corals at 1,300 meters deep (~4,200 feet) along the Davison Seamount off the coast of central California.

“We are already talking about what we can do next with this technology. How can we build new sensors that incorporate other reactive oxygen species to fully understand their role in organismal health and ocean chemistry? I don’t see an end in sight.”