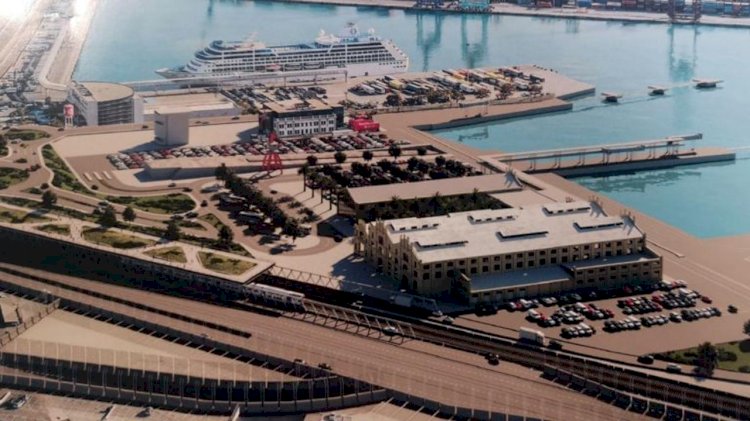 The Port Authority of Valencia (PAV) has put out to tender the administrative concession for the construction and operation of the new public passenger terminal of the port of Valencia.

This infrastructure will be located in a total area of approximately 100,000 m2 located between the Poniente Pier and the Espigón del Turia Pier, in the area previously occupied by the Unión Naval de Levante. The concession will be granted for a term of 35 years, extendable up to a maximum of 50 years. The deadline for submitting an offer ends on April 17.

In accordance with the tender specifications, the new terminal will be used to serve cruise traffic, regular lines with the Balearic Islands and Algeria as well as ro-ro traffic. For this, the new terminal must have at least four berths, allowing at least one of them the berth of a cruise of 360 meters in length and another berth of at least 250 meters in length. All berths must be equipped with a power supply network for ships. The terminal must be able to accommodate two cruise ships on the same day, one in the base port regime and the other in transit, and two ferry / ro-pax ships.

Given its characteristics, the new terminal must guarantee the independent operation of cruise passengers and passengers of regular lines. Likewise, the specifications include a building for the reception of passengers with an entrance hall, luggage storage area, security control equipped with X-rays and metal detection arches, space for customs and for the bodies and security forces of the State.

With regard to the terminal’s own services, the specifications provide that, at a minimum, it provides space for sanitation, waiting area, gateways for access from the boarding passage to the ship and vice versa with security cameras, wi-fi , tourist office, public toilets area, crew rest room and check-in area for cruise lines. Optionally, the concessionaire may provide other services such as office for the PAV, area for large groups, warehouses, VIP area, catering area, commercial area, vending, ATMs, vehicle rental areas or prayer room. The design of the terminal must guarantee accessibility for people with reduced mobility. 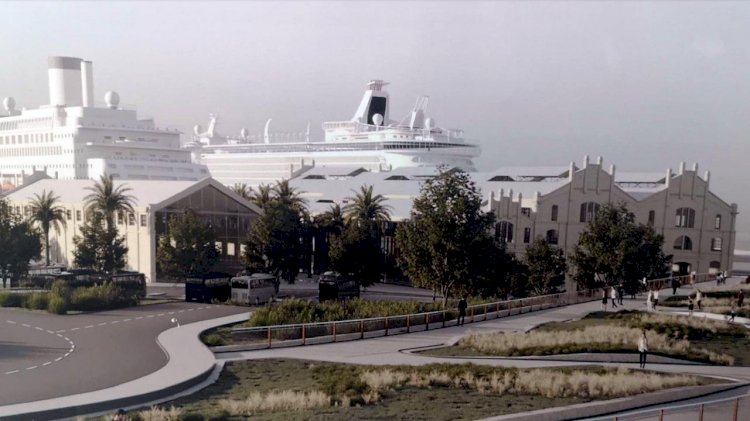 With regard to the outside area, the terminal must have a short-stay parking area with at least 100 seats, bus station area and collective transport with at least 10 seats, taxi rank. Likewise, it will have a waiting area for international regular line tickets for Operation Paso del Estrecho with 600 parking spaces, children’s recreational area and restaurant and services area. The new terminal will have two independent accesses: that of heavy vehicles that will arrive through the South Access and that of light vehicles that will enter the terminal through the access provided by the citizen.

The ordination of the new terminal must respect the four elements of the former shipyard of the Naval Union of Levante cataloged by the Demetrio Ribes Chair as pieces of artistic historical value. Specifically, it is the water tank, the construction stage of ships, 2 cranes that can be placed in another location and sub-A of the ship III. In the latter case, the PAV will undertake the rehabilitation of the structure, facade and roofs of this building while the concessionaire will take care of the rest of the reform for its adaptation to the new intended use, respecting the architecture of the ship and the west facade of the same. It will be a historic and emblematic building of the Maritime València that will continue to serve the city and citizens – more than a hundred years after its construction – now, with the most modern environmental technologies.

AST and Proteum working together to develop a new telemetry solution

The Carlyle Group and Stellax Capital Management to acquire, merge maritime and...