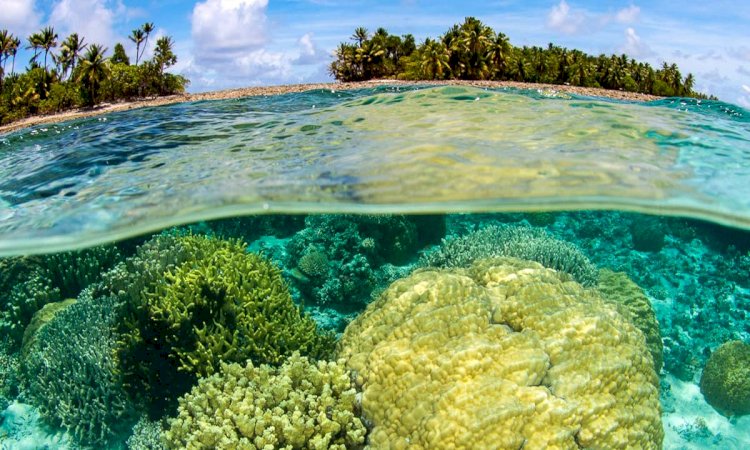 In recent decades, coastal flooding in the Marshall Islands has increased in both frequency and magnitude, due to a combination of large, storm-driven wave events and rising seas. In some cases, low-lying homes and businesses have been swallowed up, forcing some residents to leave the region.

Coral reefs are among the last lines of defense against coastal flooding. In a region where it’s hard to find land more than ten feet above sea level, reefs provide a critical natural barrier. They dissipate much of the destructive energy from large waves before sweeping onto shore.

Unlike other tropical areas where reports of coral disease and bleaching are far too common, many reefs throughout the Marshalls—particularly those in the outer and less-populated atolls—are still vibrant and teeming with life. They have managed to avoid the pressures of overfishing, pollution, and other human impacts that have decimated reefs on other islands across the Pacific.

Reef erosion, however, is a potential threat in the Marshall Islands due to the large waves from increased tropical storms and cyclones. When these storms barrel through, they churn up waves, smashing sediments—containing calcium carbonate fragments of shell-building organisms and large pieces of broken coral—against reefs at velocities high enough to cause erosion.

James Bramante, a recent graduate of the MIT-WHOI Joint Program in Oceanography, says:

“We know waves are a major driver of coastal change, but the underlying dynamics of sediment transport and reef erosion are poorly understood.” 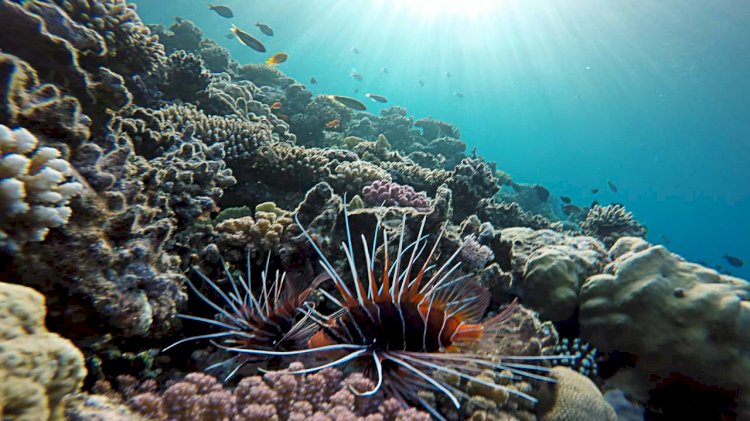 Bramante has been studying the potential impacts of waves on coral reef systems in the Marshall Islands, and says wave-driven abrasion of coral reefs can influence how far waves might travel past reefs and onto shore.

To help bridge the knowledge gap, Bramante has developed a novel system for estimating the rate at which sediments erode reefs—one that could help island communities at risk predict and plan for coastal inundation. He’s built a massive U-shaped wave abrasion simulator—aptly called a UTube—consisting of two 13-foot PVC tubes running up each side. These are connected by a 10-foot see-through acrylic chamber running along the floor, in which roughly ten handfuls of gravel are spread out along the bottom lining of “erodible” urethane foam, which acts as a simulated coral reef substrate.

“We used this particular foam since the material will erode at roughly similar rates to the framework of a coral reef, which is made up of dead corals and coralline algae tightly welded together. We measure erosion rates simply by weighing the foam before and after our experiments.”

Bramante demonstrates the contraption in a dimly-lit, warehouse-like bay on the MIT campus in Cambridge, Mass. First, he climbs a steel ladder adjacent to the UTube system and runs a hose into one of the vertical PVC tubes until it’s nearly filled up with water. Then, he switches on two thrusters which force the water down the tube, through the chamber, and up into the second tube. Gravity then sends the water back through the system up into the first tube, where the thrusters force it back down again. The cycle repeats itself.

Through the clear acrylic chamber along the bottom, you can see the water flow increasing back and forth as bits of gravel begin to coalesce into little piles. After a handful of cycles, the U-Tube starts churning and the water becomes torrent-like as it moves from tube to tube. The stronger circulation pushes the individual piles of gravel into a single large mound, which agitates the foam substrate in a scouring, back-and-forth fashion.

“The wave energy we’re able produce here in our lab at MIT is similar to what real reefs are exposed to thousands of miles away in the Marshall Islands.”

In initial testing, Bramante and his team have discovered that the “reef” erodes a lot faster than he expected:

“I thought I’d see erosion rates of meters per century, but it is more like meters per year.” 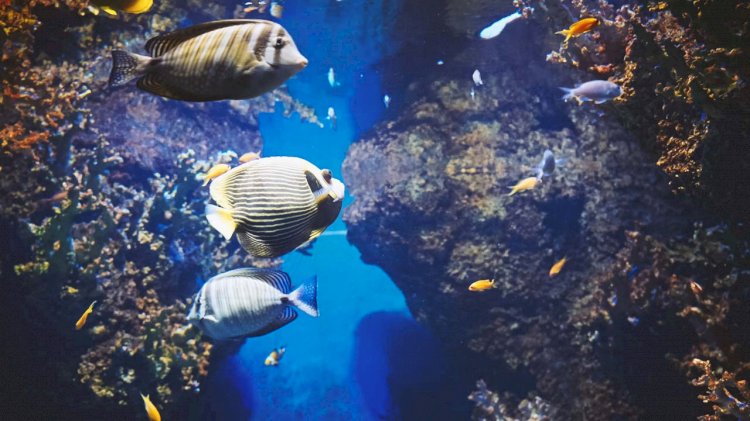 Bramante points out, however, that this doesn’t mean coral reefs in the Marshall Islands are eroding—or will erode—at these rates. In fact, according to a new study that he co-authored with WHOI geologists Jeff Donnelly and Andrew Ashton, the experiment results support the hypothesis that wave-driven abrasion deepens channel-like “grooves” in reef surfaces over time, and that these grooves may keep abrasive sediment away from actively growing coral, thus protecting it.

“However, if coral health declines further, abrasion may overwhelm the reef’s ability to compensate, which would render reefs less effective at buffering wave events in the future.”

Bramante’s end game is to create equations describing the underlying physics of wave-driven abrasion and feed them into predictive models that coastal planners can use to estimate the potential impacts of future storms. The models could help the Marshallese—as well as those in other low-lying areas such as the Cook Islands and Maldives—protect remaining infrastructure and make decisions about when and where to relocate resources and people.

“Abrasion is another reef stressor that could be exacerbated by climate change. The more we can learn about the role of sediment dynamics in reef health and maintaining atoll island shorelines, the more we can help protect these vulnerable communities.”