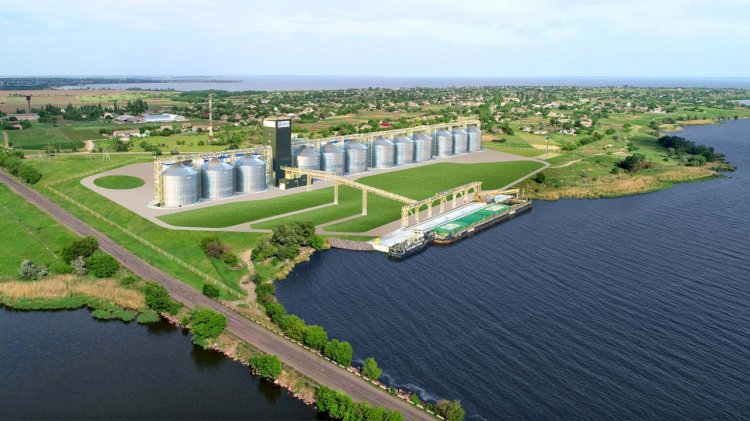 NIBULON is building the first transshipment terminal for grain, leguminous, and oilseeds shipments by water transport in Dnipropetrovsk region.

“We always hear that it is possible to revive Ukrainian rivers as shipping arteries only by adopting a certain law in this sector. In reality, the country has neither desire nor people to arrange it. NIBULON has been successfully doing it since 2009. As a result of NIBULON’s activities, the rivers are operating, and tens of thousands of trucks were removed from the Ukrainian highways. We made our effort so that trucks do not enter Cherkasy, Kremenchuk, Zaporizhzhia, and other cities. We did everything to prevent trucks entering Mykolaiv, having transported grain by the Southern Buh.” 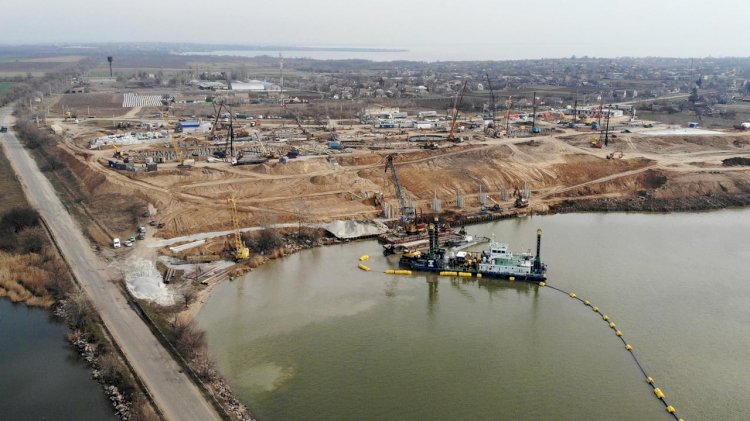 “12 challenging years have passed since we started constructing the facility. Although the local authorities were waiting for the investor, we managed to start constructing the terminal only this year because of certain circumstances. When the terminal commences its operation, the citizens from Kherson region and Zaporizhzhia district (Zaporizhzhia region) can breathe freely, as the agrarians will not need to transport their agricultural commodities over hundreds of kilometers by Kherson and Zaporizhzhia highways (to Kryvyi Rih).

The road industry workers can also repair highways which will be released from trucks. The trucks will move to Marianka village. This is our way to change logistics in Ukraine not due to the state’s support but due to the company’s own principal position and accurate strategy, implementing its large-scale investment project. We are constructing transshipment terminals and building fleet, redirecting more cargoes to water transport.”

Implementing its investment program, NIBULON has constructed 17 modern high-tech and automated facilities and has become a leader in creating its own network of transshipment terminals and complexes for receipt, storage and shipment of grain and oilseeds in Ukraine. A long-term experience enabled the company to unite Ukraine’s best contractors; thus, the construction of the 18th facility is carried out qualitatively and according to schedule. NIBULON regularly holds production meetings at the site with the participation of the company’s specialists and managers of contract organizations in order to solve all urgent issues.

The specialists are currently conducting excavation and general works. In particular, the workers are driving piles and forming pile fields. The contractors have already driven 3,053 piles out of 3,311 provided by the project. 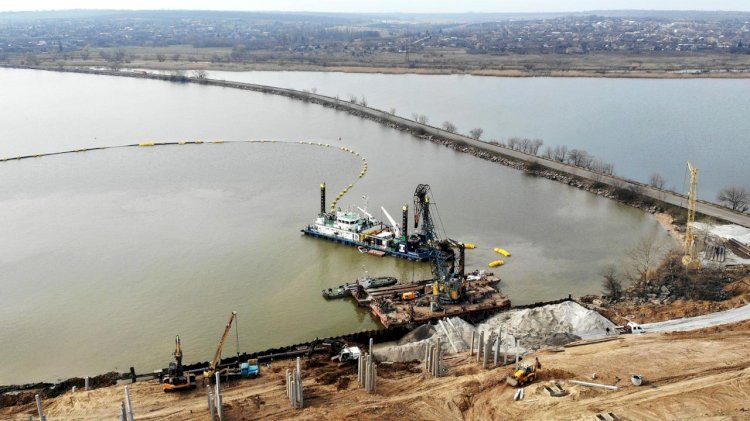 “This construction site means life, working places, and Ukraine’s development. These very things inspire me to invest in our country. Zelenodolska branch will be one of the best NIBULON’s facilities and a sightseeing of Marianka village, attracting villagers to take pictures. We are waiting for you on the opening of NIBULON’s new facility which will be held by June 15, 2020.”

Zelenodolska branch transshipment terminal will become the most modern technological facility in the region and create about 120 working places. Due to the facility operation, the local agrarians can reduce costs for product transportation. The community will both receive stable financial receipts from taxes paid and will have the socially responsible investor who is always ready to support the community in different issues.