Gävle Hamn AB, the port authority, is at full speed to implement a test version with a small group of key partners. 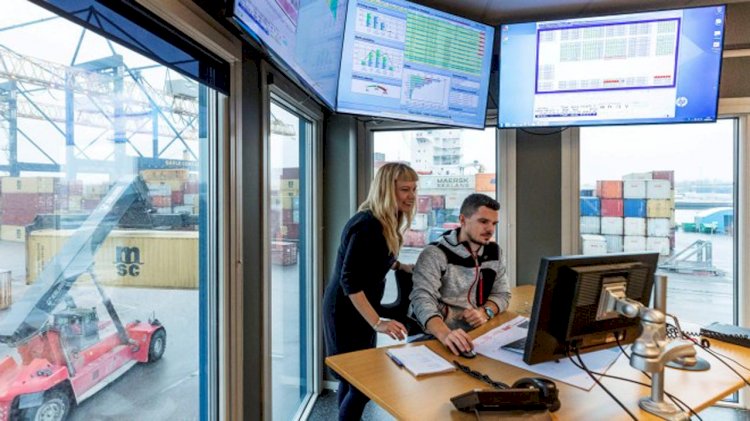 Port activity app is a digital solution to share information that will be implemented in port of Gävle during 2020.

As the only Swedish port, Gävle is participating in the Swedish Maritime Administration´s EU-financed project “EfficientFlow”. The project will, among other things, make port calls more effective. The new mobile application will be providing the same information to all partners prior and during a port call. The port activity app aims to increase the port operator’s effectivity through communicating arrivals and departures and more for ships. With the app the port call process for ships will be more efficient and there through increase shipping competitiveness and also contribute to less environmental impact with better customized and planned arrivals and departures of ships in the port.

“There can be ten different partners involved in a port call and today they all call each other via phone to get in touch. There are tug boats, navigators, port authority, people responsible for loading- and unloading, container terminal administration and so on.”

“There are often changes in a port´s operation due to time shifts, but also weather and wind has their effects. If everyone gets the right information about both planned and current times for arrivals the dockings can be smoother and the time that the ships spends waiting with the engines on can be minimized”.

The app will cooperate with STM, Sea Traffic Management (an initiative from Swedish Maritime Administration to improve the information between land and ships) but is adapted for a port. By designing and creating a new modern solution from scratch, an app with an open source code creates a scalable and cost-effective solution for ports.

During 2016 Port of Gävle started working more focused with the process around port activities and the progress with this app is a natural part of the ports digitalization process. Port of Gävle has hopes that this project will inspire other ports to implement similar solutions and contribute to a sustainable shipping in a bigger perspective.

“The test version is ready and the app together with a website with the same information will be launched during 2020. The source code is open, though it must be specialized to the conditions of each port to make it available for more users.”

Strategically located along the Gauteng/Maputo corridor, close to South Africa’s...

In total the closure and the reorganisation of the company will affect 130 German...