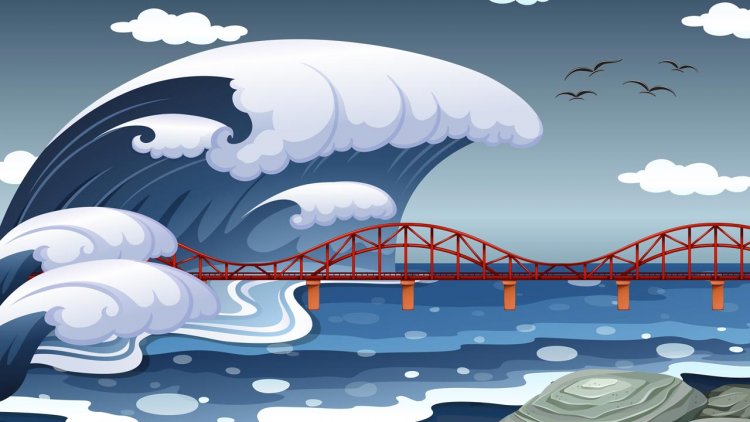 Researchers from New Zealand's Te Herenga Waka—Victoria University of Wellington, National Institute of Water and Atmospheric Research (NIWA), GNS Science, and University of Auckland, and Kyoto University in Japan, have verified theories that specific details of pre-historic subduction-zone quakes may be shown by the extent of seafloor sediments.

Their paper in Nature Geoscience, shows the magnitude 7.8 Kaikōura quake on 14 November 2016 triggered landslides that evolved into bottom-hugging mud slurries that ran out far beyond the original landslide.

They ultimately deposited material in layers called turbidites in 10 consecutive canyons along a 200-kilometer stretch of the Hikurangi subduction margin, from Marlborough through Cook Strait to the southern Wairarapa coast.

Lead author Dr. Jamie Howarth, a senior lecturer in Victoria University of Wellington's School of Geography, Environment and Earth Sciences, says the research is groundbreaking and may help with seismic-hazard forecasting. It is supported by New Zealand's EQC (Earthquake Commission) and a Marsden Fund grant.

"Our research demonstrates for the first time that the distributions of turbidites along subduction zones faithfully records the spatial extent of strong ground motions during earthquakes. It confirms turbidites preserved in sediment cores can be reliably used to reconstruct past earthquakes, their fault-rupture directions, and amplification of earthquake ground motions.

"It provides evidence that turbidites may act as 'natural seismometers' and paves the way for using turbidites preserved in sediment cores to determine the direction of rupture and spatial variability of ground motions during pre-historic earthquakes. Both are essential elements for reliable seismic hazard forecasting but up to now have been difficult or impossible to infer from the geological record."

The triggering investigated in the study occurred along the Hikurangi margin from about 15km southeast of the rupture tip in the Conway trough, south of Kaikōura, to about 120km north of the rupture tip, between the Pahaoa and Honeycomb canyons off the southern Wairarapa coast.

Subduction zones generate the world's largest and most destructive earthquakes. The March 2011 magnitude 9.0 Tohoku earthquake in the Japan Trench and subsequent tsunami killed 15,897 people and caused US$360 billion of damage. 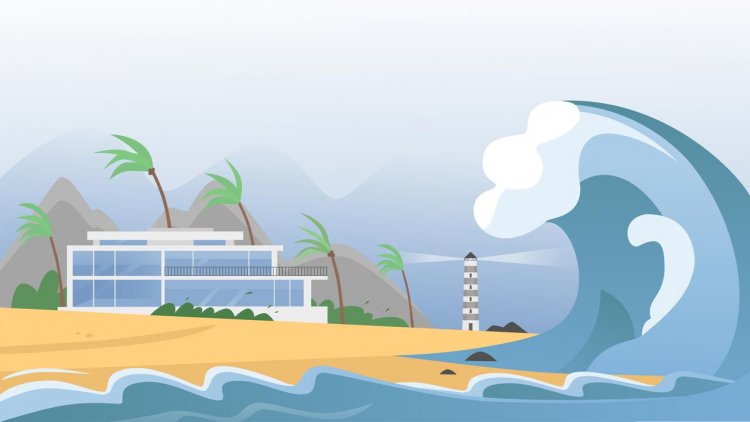 Dr. Howarth says that, as these large earthquakes are rare on human timescales, forecasting their occurrence requires evidence from long geological records. He says:

"Turbidites in marine sediment cores produce arguably the longest and most complete records of subduction-zone earthquakes around the globe, but the use of them in forecasting has been vigorously debated by earthquake scientists, as there are few examples where the relationship between the fault(s) that rupture in an earthquake, the spatial extent of strong shaking, and the deposition of turbidites has been observed.

"The work has global relevance and is also particularly relevant for New Zealand because it shows that turbidites are reliable recorders of past earthquakes on the Hikurangi margin, New Zealand's largest potentially hazardous source of large quakes."

NIWA marine geologist and co-author Dr. Alan Orpin says the widespread evidence of localized submarine landsliding and turbidites offers "a rare opportunity" to test some fundamental assumptions from one of the best monitored earthquakes in history:

"We can now explore older turbidites collected from the Hikurangi margin to assess if they too represent previous earthquakes and how widely they were felt by the seascape."

"Initially, scientists were puzzled that turbidites were triggered as far as 120km from the rupture but none were seen at close range. However, this unexpected pattern correlates nicely with ground-shaking intensity controlled by the earthquake rupturing from south to north and the presence of softer sediments along the Hikurangi margin."