MSC is therefore engaging with potential vendors to investigate new solutions that would help to minimise and one day, to eventually eradicate CO2 and other GHG emissions from shipping fleets. 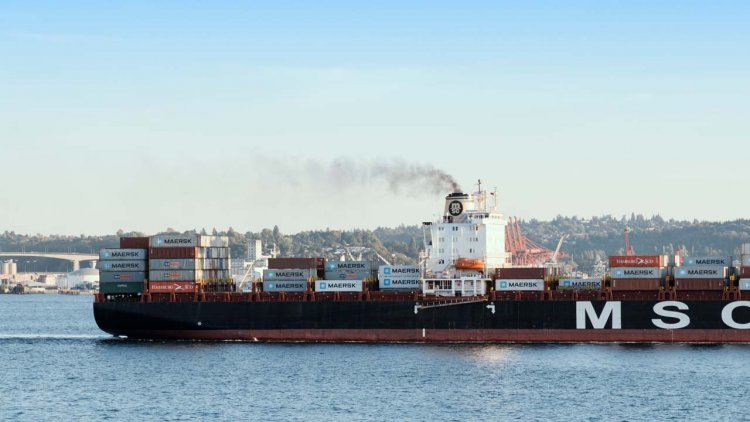 MSC Mediterranean Shipping Company, a global leader in transportation and logistics, said it is further exploring the viability of hydrogen and fuels derived from it as a possible fuel source for the future for container shipping, and is increasingly pioneering the use of biofuels within its existing fleet.

Speaking on 5 October at the inaugural Maritime Transport Efficiency Conference in Geneva, Switzerland, where MSC is headquartered, MSC Group’s Bud Darr outlined some preferred options in a keynote speech on decarbonisation and during a panel discussion on fuels for the future.

“There’s no one single solution to decarbonise shipping; we need a range of alternative fuels at scale and we need them urgently. The future of shipping and decarbonisation will rely on strong partnerships from both the perspective of technology collaboration and procurement.”

In support of the UN International Maritime Organization’s (IMO) policy goals to decarbonize shipping, MSC is actively exploring and trialling a range of alternative fuels and technologies and is already actively bunkering biofuels at scale. Fossil-sourced LNG remains a transitional option, while carbon capture and storage, if perfected for marine use, could be useful, Bud told the conference, which gathered together a variety of shipping companies, fuel providers, academics, policy makers and representatives of the UN and Geneva government. MSC employs more than 1200 people in Switzerland, where the company has been based since 1978.

Industry partnerships could help accelerate the development of clean hydrogen for the benefit of the entire container shipping industry. Despite some significant challenges to overcome mainly related to density, volume and safe handling, MSC is in favour of further R&D efforts to produce it in a greenhouse gas neutral way and to develop it at scale, along with other fuels that may derive from it.

MSC is also pioneering the large-scale usage of biofuel blends for container ships and is already bunkering responsibly sourced, up to 30% biofuel lends on a routine basis in Rotterdam, the Netherlands. Furthermore, the world’s largest class of container ships, MSC’s Gülsün Class, was fitted at delivery in 2019-20 with the option to convert in future to liquefied natural gas (LNG) as a potential bridging fuel as part of the industry’s transition towards a zero-carbon future.

MSC contributes actively to the work of industry groups and associations and supports their proposal to the IMO to create a new R&D fund to support GHG reduction in the maritime sector.

MSC believes there must be a massive injection of energy and capital into R&D efforts to bring alternative fuels and alternative propulsion technologies to the marketplace for us to deploy and decarbonise in the longer term. MSC is therefore engaging with potential vendors to investigate new solutions that would help to minimise and one day, to eventually eradicate CO2 and other GHG emissions from shipping fleets.

Sea Machines to prototype use of barges as autonomous military helipads