The data for the current study was mostly collected on expeditions with the research vessel METEOR. 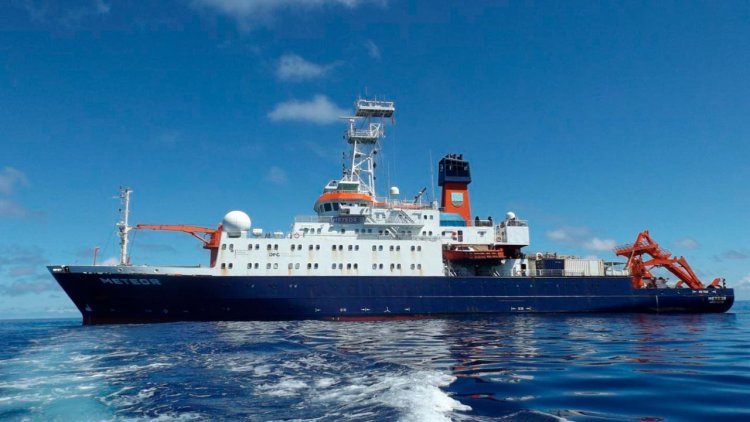 Ecologists at the University of Cologne's Institute of Zoology have for the first time demonstrated the enormously high and also very specific species diversity of the deep sea in a comparison of 20 deep-sea basins in the Atlantic and Pacific Oceans.

Over a period of 20 years, a research team led by Professor Dr. Hartmut Arndt at the Institute of Zoology has compiled a body of data that for the first time allows for a comparison of the diversity of existing eukaryotes—organisms with a cell nucleus. Sediment samples from depths of 4000 to 8350 meters, the cultivation and sequencing of populations found exclusively in the deep sea, and finally molecular analysis using high-throughput techniques are yielding a comprehensive picture of biodiversity in the deep sea. The research results have been published in Communications Biology under the title "High and specific diversity of protists in the deep-sea basins dominated by diplonemids, kinetoplastids, ciliates and foraminiferans."

The deep-sea floor at water depths of more than 1000 meters covers more than 60 per cent of the Earth's surface, making it the largest part of the biosphere. Yet little is known about the diversity, distribution patterns, and functional importance of organisms in this extreme and gigantic habitat. What is certain is that climate change—e.g. through warming, acidification, or oxygen depletion—is already having an impact on this sensitive ecosystem. In addition, the deep sea is under pressure from the growing interest in raw material extraction. 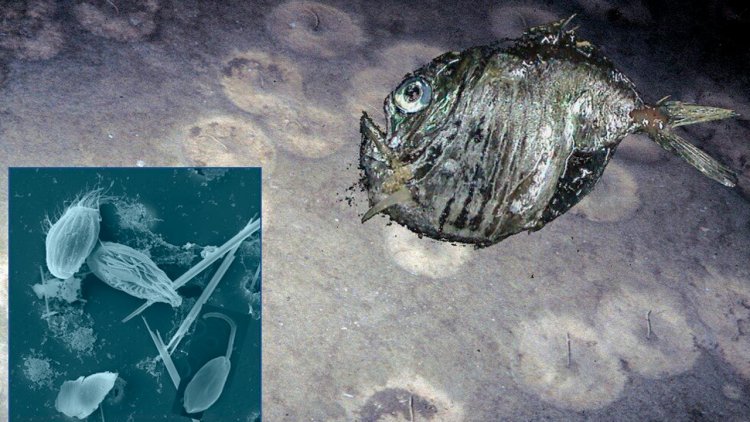 Photo: The deep sea has an enormous diversity of species. Among the organisms, unicellular organisms such as bacterivorous and parasitic flagellates and ciliates dominate.

Scientists previously assumed that deep-sea basins, which are all characterized by the same low temperature (0-4°C), salinity (about 3.6 per cent), high pressure (300-500bar depending on depth), and very similar sediment, have relatively low—and also the same—species diversity. Moreover, most deep-sea studies to date have focused on specific habitats such as hydrothermal vents and saltwater lenses. Until now, there has been a lack of data on the diversity of deep-sea plains, which make up by far the largest portion of the seafloor.