Researchers from the University of Plymouth have collaborated on a new study which for the first time shows the full extent of human development in oceans. 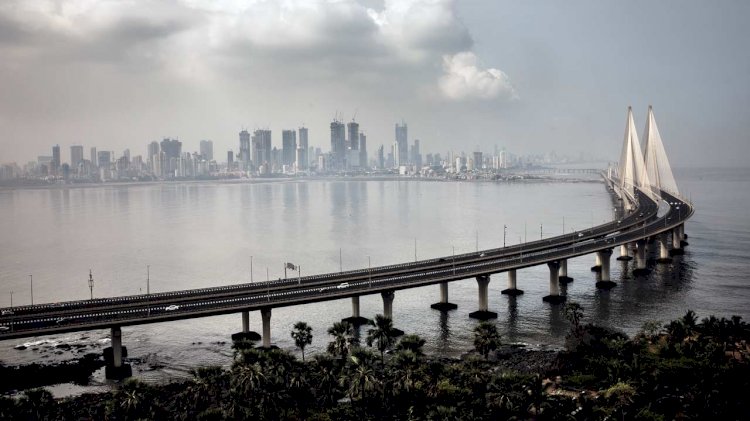 An international team of scientists has demonstrated that an area totalling approximately 30,000 square kilometres – the equivalent of 0.008 percent of the ocean – has been modified by human construction.

Proportion-wise, they say it is comparable to the extent of urbanised land, and greater than the global area of some natural marine habitats, such as mangrove forests and seagrass beds.

When calculated as the area modified inclusive of flow-on effects to surrounding areas, for example, due to changes in water flow and pollution, the footprint is actually two million square kilometres, or over 0.5 percent of the ocean.

The modifications include areas affected by tunnels and bridges; infrastructure for energy extraction (for example, oil and gas rigs, wind farms); shipping (ports and marinas); aquaculture infrastructure; and artificial reefs.

The research was published in Nature Sustainability and led by Dr Ana Bugnot, from the University of Sydney School of Life and Environmental Sciences, and the Sydney Institute of Marine Science.

The authors include Associate Professor of Marine Ecology Dr Emma Sheehan, who contributed her experience of monitoring Blue Industry installations, such as marine renewables and offshore aquaculture.

Dr Sheehan, the only UK author on the research, said:

“Development in the marine environment is often managed at local and regional scales. But working on this paper as the UK contributor to an impressive international collaboration really highlighted the issues we face at a global scale. Coastal development affects marine ecology and oceanography globally, and efforts to employ international legislation to manage our marine resources over appropriate spatial scales needs to be improved.”

Dr Bugnot said that ocean development has been going on for more than 4,000 years yet, in recent times, has rapidly changed.

She and her co-authors also projected even greater expansion in the future, centred around people’s increasing need for defences against coastal erosion and inundation due to sea level rise and climate change, as well as their transportation, energy extraction, and recreation needs.

“Since the mid-20th century, ocean development has ramped up, and produced both positive and negative results. For example, while artificial reefs have been used as ‘sacrificial habitat’ to drive tourism and deter fishing, this infrastructure can also impact sensitive natural habitats like seagrasses, mudflats and saltmarshes, consequently affecting water quality. Marine development mostly occurs in coastal areas – the most biodiverse and biologically productive ocean environments.

The future projects are alarming. For example, infrastructure for power and aquaculture, including cables and tunnels, is projected to increase by 50 to 70 percent by 2028. Yet this is an underestimate: there is a dearth of information on ocean development, due to poor regulation of this in many parts of the world. There is an urgent need for improved management of marine environments. We hope our study spurs national and international initiatives, such as the EU Marine Strategy Framework Directive, to greater action.”

Trafigura to invest in improving Berbera Oil Terminal to become a regional supply...

On Friday, the 72nd and last foundation for Kriegers Flak Offshore Wind Farm was...

The drilling activities of the Scarabeo 8 will restart in Norwegian waters following...

Aker BP and Cognite will do tests using robots and drones...