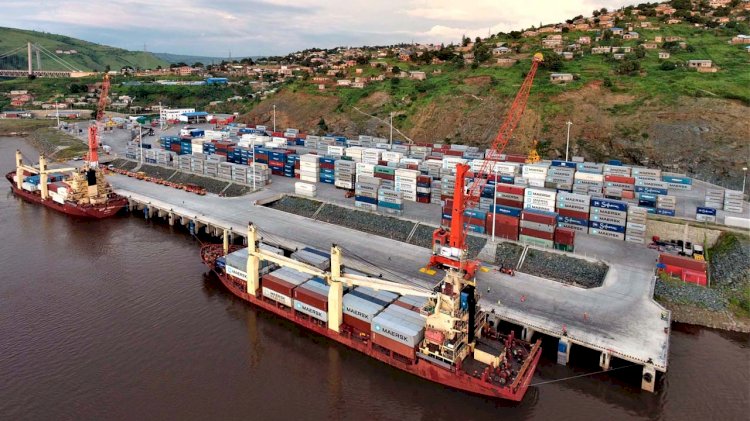 International Container Terminal Services, Inc. (ICTSI) has, together with its local partners, initiated the second phase expansion of its Matadi Gateway Terminal (MGT), located 92 miles upstream on the left bank of the Congo River, Democratic Republic of the Congo (DRC).

The Phase 2 expansion will more than double MGT’s existing annual throughput capacity to 400,000TEU/yr and represents an important component of comprehensive plans to consolidate and expand Matadi’s position as the most cost competitive and efficient port gateway, serving the fast-growing DRC capital city of Kinshasa and surrounding hinterland.

Matadi has the natural advantage of being the closest port to Kinshasa and as such offers the lowest inland transport cost that greatly benefits cargo owners. The introduction of new rolling equipment onto the rail system between Matadi and Kinshasa by Société Congolaise des Transports et des Ports (SCTP), an MGT shareholder and operator of the public port and rail system, will further strengthen this competitive position. So too will the realization of plans to implement a Public Private Partnership (PPP) scheme to achieve the dredging of the Congo River initially to a depth of 10 metres and subsequently to 12.5 metres. Implementation of this project will commence in 2020 and will promote lower marine freight rates further enhancing Matadi’s natural competitiveness.

“The expansion of MGT is aligned with actual and projected container growth rates for the DRC. and corresponds with cargo owner and shipping line requirements for the medium term. The market is seeing positive growth albeit off a relatively low base in terms of total demand.  Studies suggest that Congo will achieve emerging market country status within the next 10-years and as such we are very confident that this nearly USD100 million expansion plan anticipates the DRC’s requirements over this period and will deliver unrivaled efficiencies.”

Starting from May 4th, 2020, DFDS offers its customers cargo services on Eckerö...

ABS launches a suite of fleet management and vessel compliance...