The test demonstrated that Pharos can be adapted to a wide range of vehicles, including the large displacement unmanned undersea vehicles. 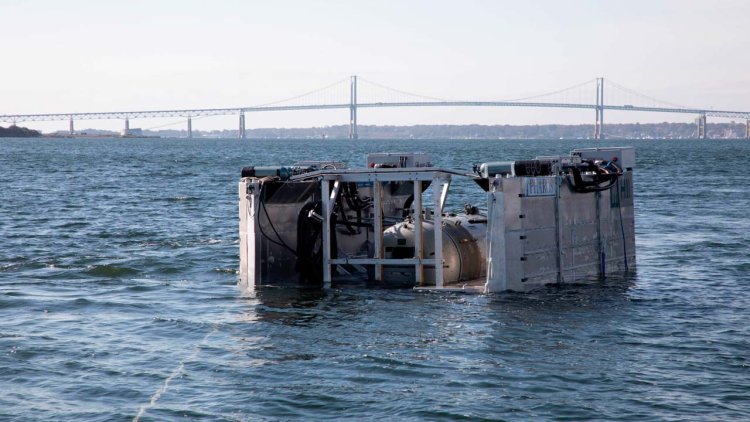 Global all-domain defense partner HII collaborated with the Navy on a research and development effort that advanced the launch and recovery of a large size unmanned undersea vehicle, using an amphibious ship and HII’s Pharos system.

“This is a great example of synergies within HII that accelerate the Navy’s vision for the future fleet,” said Chris Kastner, HII president and CEO. “I’m proud of the cross division teaming, plus the pace of progress of unmanned systems toward launch and recovery from an amphibious ship.”

Building on the success of a June 2022 demonstration where HII launched and recovered its large diameter UUV Proteus with its Pharos system, HII entered into two separate Cooperative Research and Development Agreements (CRADA) to further advance the capability to deploy unmanned vehicles from ships. The CRADAs were with Naval Surface Warfare Center Panama City division and the Naval Undersea Warfare Center Division Newport, Rhode Island. 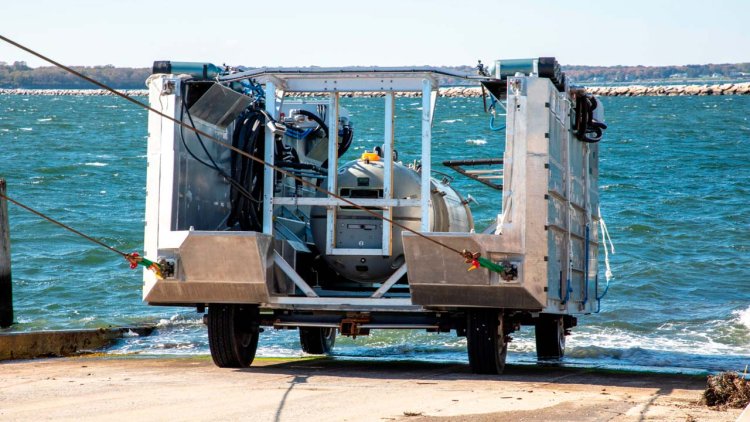 Led by the company’s Advanced Technology Group, comprised of members from Mission Technologies and Ingalls Shipbuilding divisions, HII designed and constructed a surrogate system which was land tested in Panama City, Florida, to ensure the system could accommodate the Navy’s Snakehead phase one large displacement unmanned undersea vehicle (LDUUV) in a loaded condition. The test demonstrated that Pharos can be adapted to a wide range of vehicles, including LDUUVs.

Following that successful demonstration, Pharos and the Snakehead LDUUVs were tested at the Navy’s Narragansett Bay Test Facility in Newport. Pharos, with the Snakehead LDUUV embarked in its cradle, was lowered down and pulled up a ramp to simulate disembarking and embarking the system in the well deck of an amphibious ship. The simulation ensured that the 22,000-pound pull was within the existing capabilities of an LPD as operating in the Navy Fleet. 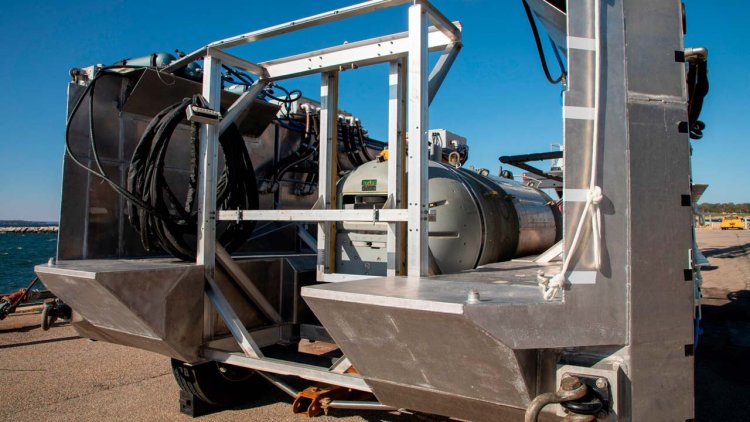 “These demonstrations validate a near term launch and recovery capability for the Pharos system,” said Todd Borkey, HII’s executive vice president and chief technology officer. “HII accelerates the transitioning of new technology into the customer’s mission, thus we are eager to enter the next phase of testing and demonstrate a launch and recovery from an LPD.”

The Pharos system began as a corporate independent research and development project. Ingalls Shipbuilding developed over 40 launch and recovery concepts from a mothership. These concepts were down-selected to the Pharos system with the objective of demonstrating the launch and recovery capability of a LDUUV from an LPD. Ingalls Shipbuilding and Mission Technologies took the Pharos concept and collaboratively designed, developed and constructed Pharos to enable the demonstrations.

Kongsberg Maritime to supply a HUGIN AUV system to Lighthouse...