Of current interest for the Group is the leading R&D role ENGIE is taking, with technical support from ENGIE Laborelec, looking into the potential future of kite flying to accelerate the energy transition. 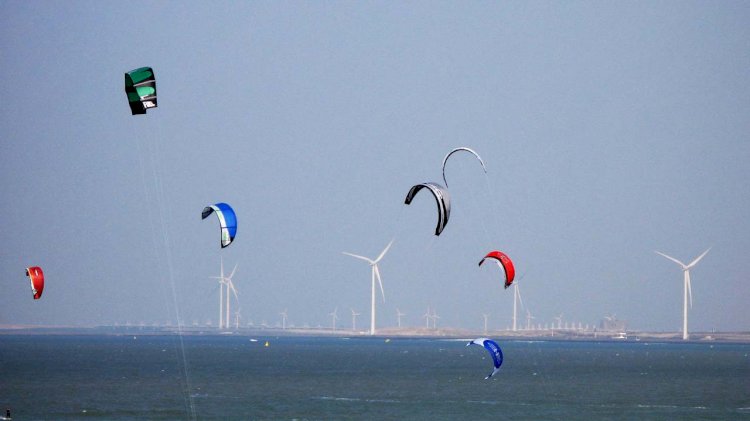 Kite turbines known as Airborne Wind Energy Converters (AWEC) can be flown up to altitudes of 600 m to catch stronger, always shifting winds.

This makes AWEC an exciting new option that could offer an alternative to height-limited traditional Horizontal Axis Wind Turbines (HAWT) and the visual impact of often-contested mega-sized wind parks. Collaborating with leading Airborn Wind energy technology developers, while the tech is still in its infancy with the biggest kite aiming to generate 600 kW, ENGIE sees great promise for AWEC onshore, but particularly for offshore floating applications.

“Traditional offshore turbines don’t like the tilting of buoys — but kites simply don't care about that.”

Another advantage he adds:

ENGIE is among the top global companies developing the new generation of wind energy solutions, including following and collaborating with leading Airborn Wind Energy technology developers.

MAKANI,  funded by Google Alphabet from 2013 till 2020 and by Shell since 2019: Founded by two kiteboarding aficionados, the company aims at tapping into wind power from the sea with one of the most ambitious kites to date, at a scale of 600 kW. It has been operating a pre-commercial pilot site in Hawaii since 2018 and is currently testing its M600 model offshore on a floating spar buoy in Norway. Ultimately, the Californian company hopes to upscale its platform’s capacity to 1 to 3MW.

Netherlands-based AMPYX POWER has been exploring the potential of harvesting wind from already higher grounds, launching kites from high altitude. Since 2015, it has been building an upscaled 200 kW model (AP3) and developing Launching and Landing (an L&L) system before moving on to 2 to 3MW products.

SKYSAILS The Hamburg-based company successfully operated 160m² soft kites offshore for boat propulsion back in 2008 and 20m² soft kites for power generation in 2011. SkySails has developed a containerized 100 kW, 40m² model (“SkyPower100”), recently installed and being tested in northern Germany, and has a commercial launch of 200 kW units scheduled for 2020 in Mauritius.