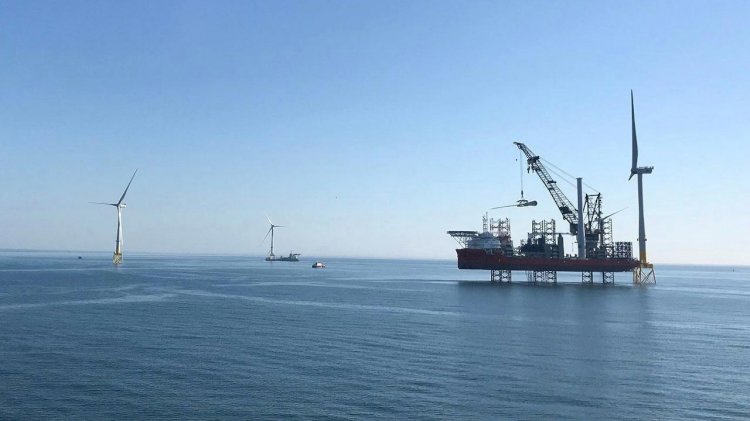 Swire Blue Ocean A/S (SBO) has been selected by MHI Vestas Offshore Wind for the transportation and installation of wind turbine generators at the Seagreen offshore windfarm in Scotland, for which SSE Renewables and Total reached FID on 3rd June 2020.

The project will be Scotland’s largest offshore windfarm upon completion, covering the energy needs of approximately one million homes. Seagreen is located 27 kilometres off the east coast of Scotland in the offshore wind market’s deepest waters utilising fixed foundations. SBO expects to commence the installation of 114 V164-10 MW turbines in the second half of 2021.

“We are delighted that MHI Vestas has selected SBO for the installation of wind turbine generators at Seagreen. We look forward to a successful collaboration with our project partners as we develop and execute this exciting project located at a complex site. Operating on difficult sites is one of our key competences.”

“This agreement between MHI Vestas and SBO for the Seagreen project exemplifies the strong and cooperative partnership that we have developed over the years. We look forward to continuing our close collaboration and ensuring a safe and successful execution of the project.”

Over the course of the project, SBO will be working in close collaboration with MHI Vestas Offshore Wind, SSE Renewables and Total. SBO and its partners remain committed to serving the future development of offshore wind in Scotland and the rest of the United Kingdom. In 2019, SBO completed the installation of 84 wind turbines on the Beatrice Offshore Wind Farm, owned by SSE Renewables, CIP, and Red Rock Power.  In 2018, SBO and MHI Vestas worked together to install two V164-8.8 and nine V164-8.4 turbines on the European Offshore Wind Deployment Centre near Aberdeen.

“SBO is extremely proud to add a third Scottish project to our track record. Upon completion of Seagreen, offshore wind turbines installed by our vessels should be capable of meeting the energy needs of more than half of Scottish households; which is a great achievement for our company. We could not have reached this phenomenal milestone without committed project partners such as MHI Vestas and SSE, companies that have demonstrated dedication to the expansion of offshore wind in Scotland.”

AST and Proteum working together to develop a new telemetry...